WATCH LIVE: Trump and Democrats speak outside the White House after latest meeting 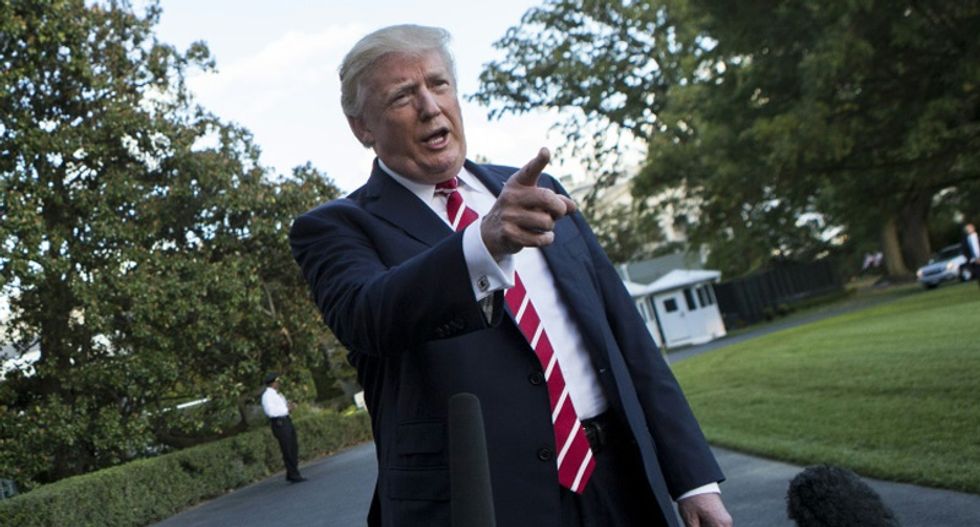 President Donald Trump invited Democratic and Republican leaders at the White House on Friday in a new bid to end the two-week government shutdown over his demand for funding for a border wall with Mexico.

"We're not doing a wall," Representative Nancy Pelosi said after being sworn in as the new House speaker on Thursday.

Pelosi, Chuck Schumer, the leader of the Democratic minority in the Senate, and House and Senate Republican leaders were to meet with Trump at the White House on Friday morning for another round of talks.

They also met behind closed doors at the White House on Wednesday but made little headway on ending the impasse, which has left more than 800,000 federal workers furloughed or working without pay since December 22.

Both Democrats and Republicans have attempted to pin the blame for the shutdown on the other side.

Pelosi described the wall as an "immorality" while once again flatly rejecting Trump's insistence on $5.6 billion for the southern barrier.

"It's an old way of thinking," she said.

"It isn't cost effective," Pelosi added, arguing that money would be better spent on border security technology such as drones and cameras, and on hiring more border patrol agents.

Shortly after the new Congress was sworn in on Thursday, the House approved two measures to provide short-term funding for the government.

The legislation would fund homeland security operations until February 8 and several other agencies through September.

Trump has said he would veto any bill, however, that does not include funding for the wall and the Republican-run Senate has said it would not consider any legislation that does not pass muster with the president.

Senate Majority Leader Mitch McConnell said Democrats need to "get serious about border security so that a government funding agreement may be reached that can pass the House, earn 60 votes here in the Senate, and receive a presidential signature."

Vice President Mike Pence told Fox News late Thursday that there would be "no deal without a wall" but there were indications Friday that Republicans may be willing to reopen talks about "Dreamers" -- the hundreds of thousands of undocumented immigrants who arrived in the United States as children.

The DACA policy put in place by former president Barack Obama protected from deportation 700,000 "Dreamers" registered under the program and another 1.1 million who qualify but are not registered.

Trump rescinded DACA -- the Deferred Action for Childhood Arrivals program -- in September 2017 and it has been tied up in the courts since then.

The fight over the wall is also setting the stage for what could be a tumultuous final two years in office for Trump faced with a hostile Democratic-controlled House equipped with investigative powers.

Some newly seated Democrats have even called for impeachment proceedings against the president but Pelosi reacted cautiously on Thursday to those appeals.

Trump lashed out on Friday at the mention of impeachment.

"How do you impeach a president who has won perhaps the greatest election of all time, done nothing wrong," he said on Twitter, throwing in a claim that he has had "the most succesful first two years of any president."