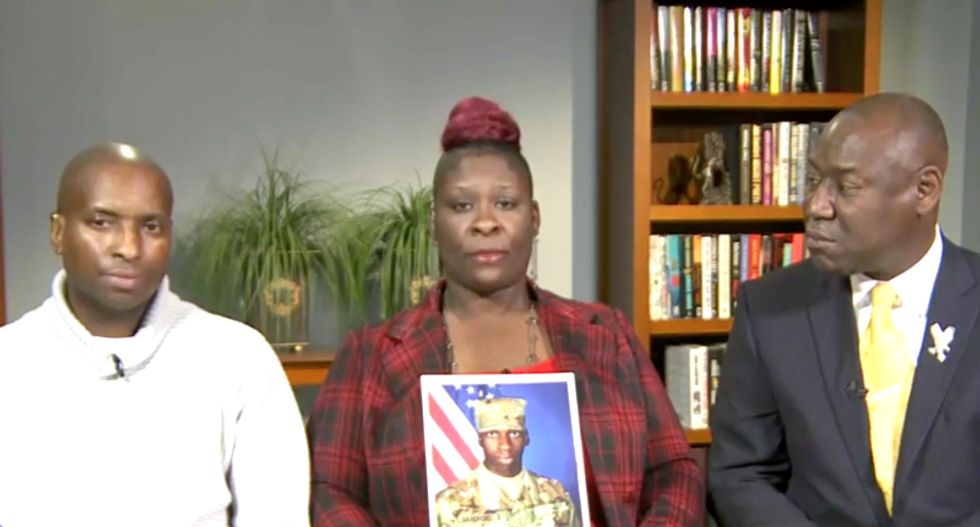 A police officer acted lawfully when he shot a 21-year-old black man to death last year because he mistook him for a suspect in an earlier shooting at a Birmingham-area shopping mall, the Alabama attorney general said on Tuesday.

A man shot and wounded a teenager inside the mall in the Birmingham suburb of Hoover on Thanksgiving night. Emantic “EJ” Bradford, who was nearby, drew his own handgun, Attorney General Steve Marshall’s office said in a report detailing why he did not charge the officer.

A Hoover police officer saw Bradford running toward the wounded teenager while holding a gun and the officer shot him three times from behind, according to the 24-page report, which cited surveillance video from the mall.

“First, a reasonable person could have assumed that the only person with a gun who was running toward the victim of a shooting that occurred just three seconds earlier fired the shots,” the report said.

“Second, (the officer’s) primary duty and training was to eliminate any threat to innocent civilians and first responders,” it said.

But protesters from the Black Lives Matter activist movement have called the shooting an example of police targeting minorities with unnecessary lethal force.

Supporters of gun control laws have cited the incident as a counterpoint to arguments made by firearm rights advocates, including President Donald Trump, that armed civilians in public can help thwart would-be perpetrators of mass shootings.

Ben Crump, an attorney for Bradford’s family, told a news conference that Bradford was licensed to carry a firearm, adding the surveillance video released on Tuesday tells the “whole story.”

“EJ ran almost 50 feet away, just like everybody else, and then he realized his friend ... was not with him and he took his gun out and went back to try to protect his friend,” Crump said. “Isn’t that lawful?”

“The police shot, we believe, because they feared a black man with a gun,” said Crump, who has represented relatives of other black men shot by police.

The name of the officer, who was assigned to patrol the busy Riverchase Galleria mall, has not been released.

A 20-year-old man was later arrested and charged with attempted murder in the initial shooting of the teenager that sparked the chaos at the shopping center.

Bradford’s family planned to file a civil lawsuit over his death, Crump said.

Australia listed a small wallaby and the grey snake among 15 new threatened species on Tuesday as it launched a zero-extinction plan for its unique wildlife.

Many of Australia's species are clinging to existence, their habitats shrinking from human activity and extreme events such as the 2019-2020 Black Summer bushfires, wildlife groups say.

Saudi Arabia was chosen on Tuesday to host the 2029 Asian Winter Games at a $500 billion futuristic megacity in the desert that planners say will feature a year-round winter sports complex.

"The deserts and mountains of Saudi Arabia will soon be a playground for winter sports," the Olympic Council of Asia (OCA) said in a statement on the decision made during its general assembly meeting in Phnom Penh.

The more than century-old prize, worth 10 million Swedish crowns ($902,315), is awarded by the Royal Swedish Academy of Sciences.