How ancient Rome dealt with the Barbarians at the gate 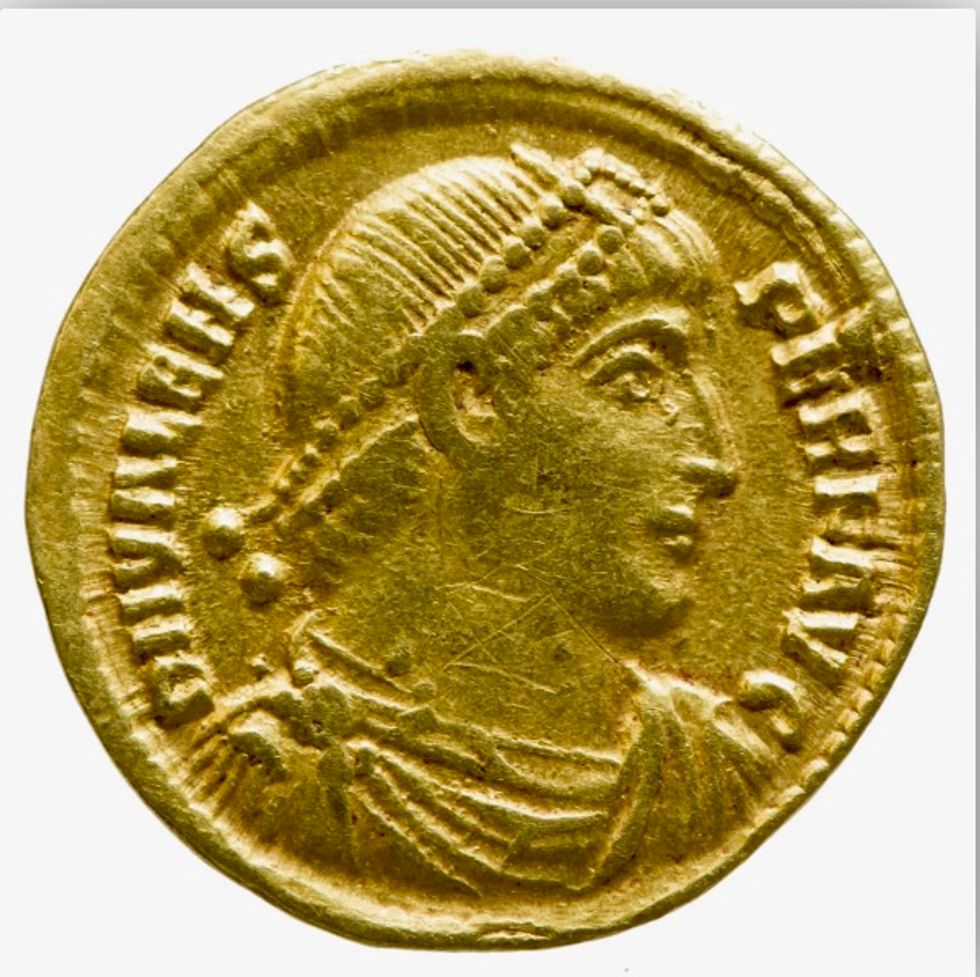 A caravan of Goths – the Thervingi and the Greuthungi – were massing along the Danube river, at the border of the Roman Empire.

This was not an invading army, but men, women, and children fleeing the enemy at their backs: a seemingly invincible army of Huns.

The Goths, a coalition of Germanic tribes that were long foes of the Romans, begged to be admitted to Roman territory. Afraid for their lives, they hoped to find safety on the other side of the river.

The year was 376. What the Romans did in response to the arrival of the Goths would have profound effects on the history of the vast and powerful Roman Empire.

As the United States grapples with a polarizing debate over how to manage and police its southern border, a debate that led to the longest government shutdown in history, American policy makers would do well to understand what happened during this tragic moment in Roman history.

Roman border security was historically effective, not because of massive barriers, but because they knew how to manage the flow of migration.

This flow didn’t lead to the collapse of the empire by marauding Germans. Rather, the flow of migration transformed the Roman Empire into what became medieval society.

Yet the arrival of the Goths in 376 shows what happens when good border policy is ignored. 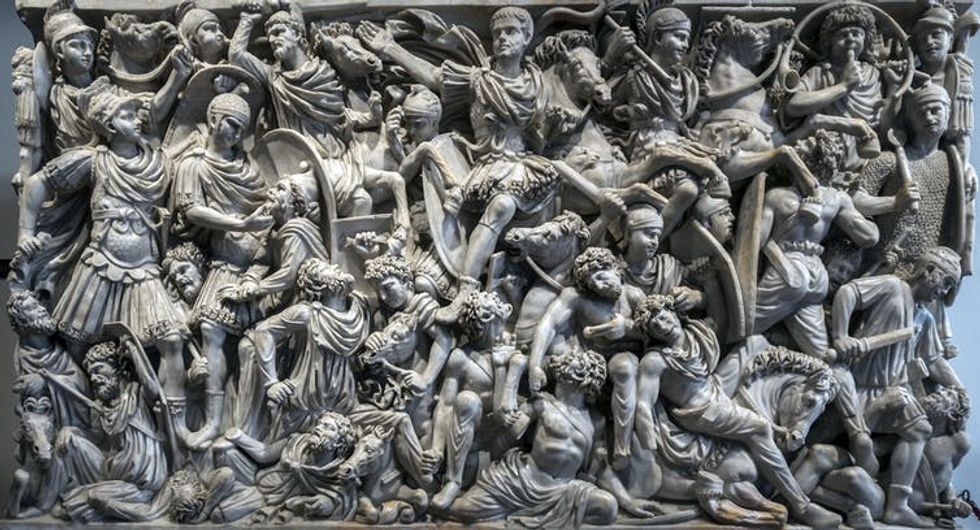 The Ludovisi sarcophagus, which depicts a battle between Romans and Goths in the third century CE.

To understand how the arrival of these Gothic tribes created a crisis for the late Roman Empire, we have to first start with how the Romans traditionally handled the migration of new tribes into their territory.

The borders of the Roman Empire were constantly in flux and always flexibly managed, owing to the difficulties of policing a huge border without modern technology.

Roman border control rarely made use of massive walls, but depended on natural barriers in the landscape. This was particularly true on the northern border, which heavily relied on the Rhine and Danube rivers. Rome’s borders were gradual transitions more than hard and fast lines.

When migrating tribes asked to be admitted to the empire, the Romans tended to follow a fairly standard policy. Tribes were broken up into smaller groups and sent to underpopulated regions. They were forced to surrender their weapons, renounce their loyalty to their tribal leaders, and commit a certain number of fighting men to the Roman legions.

These policies had served the empire well for centuries. By diluting tribal loyalty and disarming the newcomers, the Romans strengthened their economy, increased tax revenue, and swelled the ranks of the army.

Goths at the border

Let’s return to the Goths waiting on the north side of the Danube. One of our main historical sources about this event is the fourth-century Roman historian Ammianus Marcellinus, whose account is used in this description.

According to Ammianus, one of the Gothic tribes (the Thervingi) sent envoys to the eastern Roman Emperor Valens to ask for admission to the empire. They wanted their people to settle in nearby Thrace, adding the promise that they would contribute soldiers to the Roman army.

This offer pleased the emperor and the local population. The Thervingi would offer a strong buffer against other potentially unfriendly tribal groups and would provide soldiers and new tax revenue.

Valens welcomed them to cross over.

That fall, huge numbers of Thervingi crossed the river, which was swollen from recent rains. They made the journey in whatever boats could be found.

At this point, things went badly for the Thervingi. Many died during the dangerous crossing. The Romans allowed more Thervingi to cross than they could supply with food. The local Roman military commanders, Lupicinus and Maximus, withheld supplies the emperor had earmarked for the Thervingi and sold them at massively inflated prices.

Ammianus says the situation became so desperate that even the families of Thervingi chieftains sold their sons into slavery for dog meat.

The Romans saw these migrants from the north as uncivilized and irrational. It is likely that the Roman commanders felt justified in their bad behavior toward the Goths because of Roman prejudice against “barbarians.”

The Romans ignored all their usual protocols for admitting new tribes into the empire.

For some reason, the newly arrived Thervingi were not forced to hand over their weapons, nor was the tribe broken up into smaller units to be dispersed to different regions. This may have been because the Romans allowed too many Thervingi to cross, leaving Roman military forces vastly outnumbered.

The other Gothic tribe massed at the Danube, the Greuthungi, were in a different position. Valens had rejected their envoys’ request for admission to the empire.

They were as desperate to cross into Roman territory as the Thervingi. Seeing that the Romans were overwhelmed, the Greuthungi crossed the Danube on their own, further to the east.

As conditions among the Thervingi continued to deteriorate, Lupicinus made a desperate play to keep them in line: He invited their leaders, Alavivus and Fritigern, to a dinner party and promptly took them hostage.

When the Thervingi began to riot in response, Fritigern was able to convince Lupicinus to let him go to calm the situation down.

But having gained his freedom, Fritigern reneged on his promise to Lupicinus and mobilized the Thervingi, who then allied themselves with the Greuthungi.

The result was a unified and massive Gothic army that was now loose and armed in Roman territory. 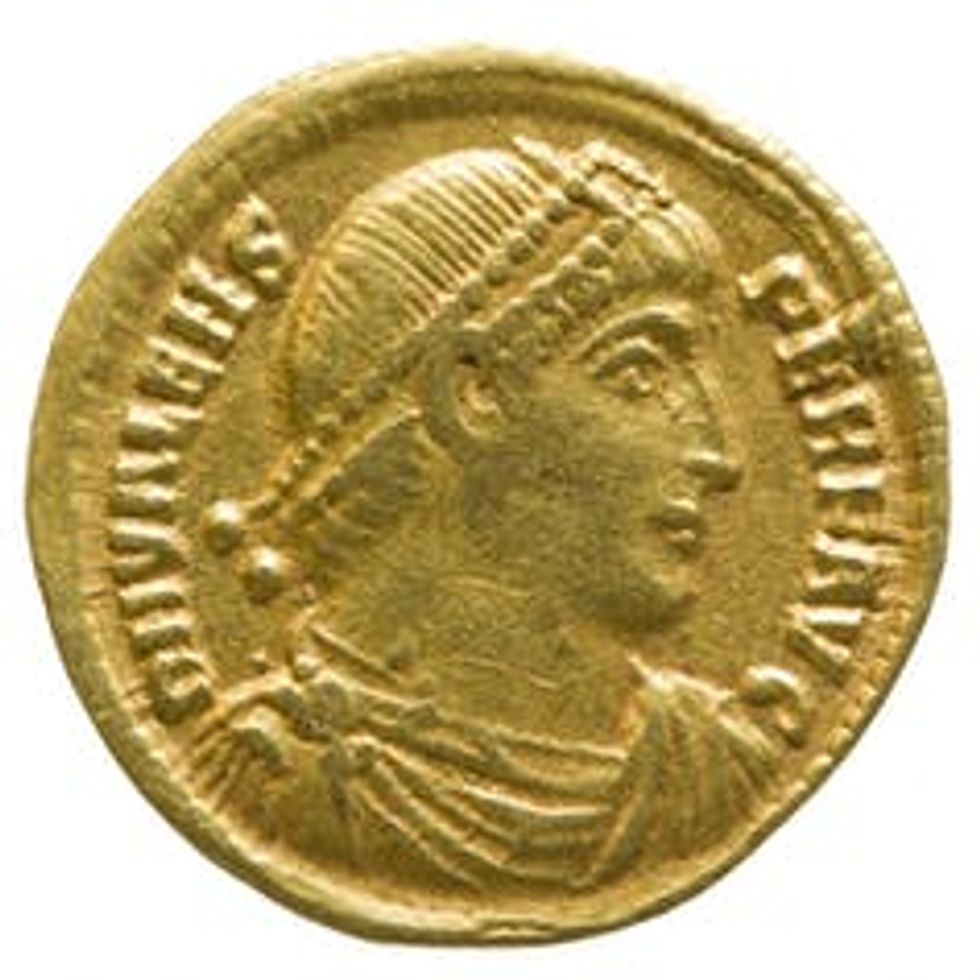 Thus began six years of war that would devastate the region and leave countless dead, including the Emperor Valens, who died fighting the Goths at the Battle of Adrianople in 378.

The eventual peace brokered with the Goths in 382 by Theodosius I allowed them to settle in Roman territory as a self-governed federation between the Danube and Balkan mountains.

But as an independent state within Roman territory, the Goths never integrated into Roman society and remained a source of political instability.

The failure of Roman border policy in the period leading up to the Battle of Adrianople is a reminder that the forces that drive human migration cannot be stopped with military force or a border wall.

Instead, they require a smart and careful policy that manages the flow rather than trying to hold it back.

The events of 376 are in some ways similar to today.

As political instability persists and the climate continues to warm, more and more migrants will be arriving on the U.S. border.

The Roman policy of resettlement may not be a viable solution to our current immigration debate.

But looking at what went wrong when the Romans ignored what worked for them in the past demonstrates one unsettling consequence of failed border policy.