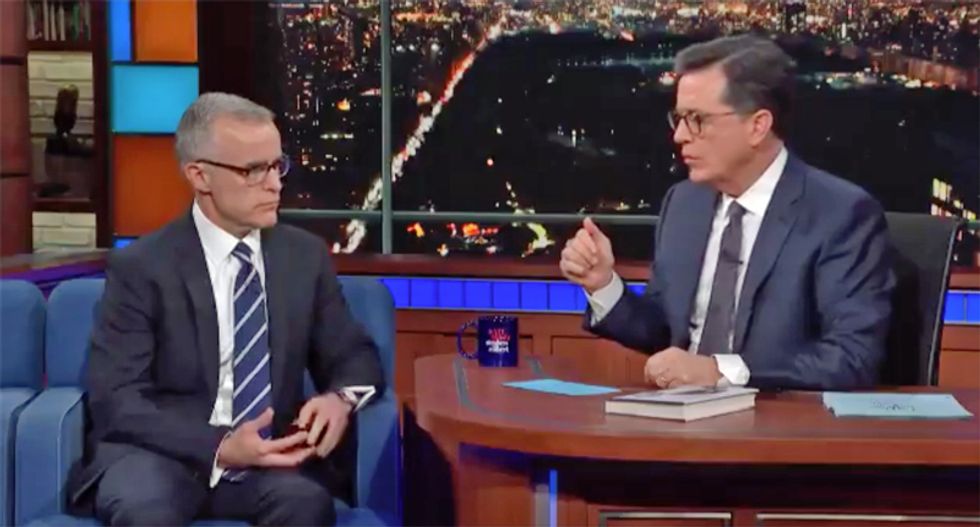 Andrew McCabe is the author of the book The Threat: How the FBI Protects America in the Age of Terror and Trump which was officially released on Tuesday.

"Is there anything in the last two years that makes you less suspicious of the president? Or is less indicative that he had an improper relationship with the Russians -- possible collusion or conspiracy?" Colbert asked.