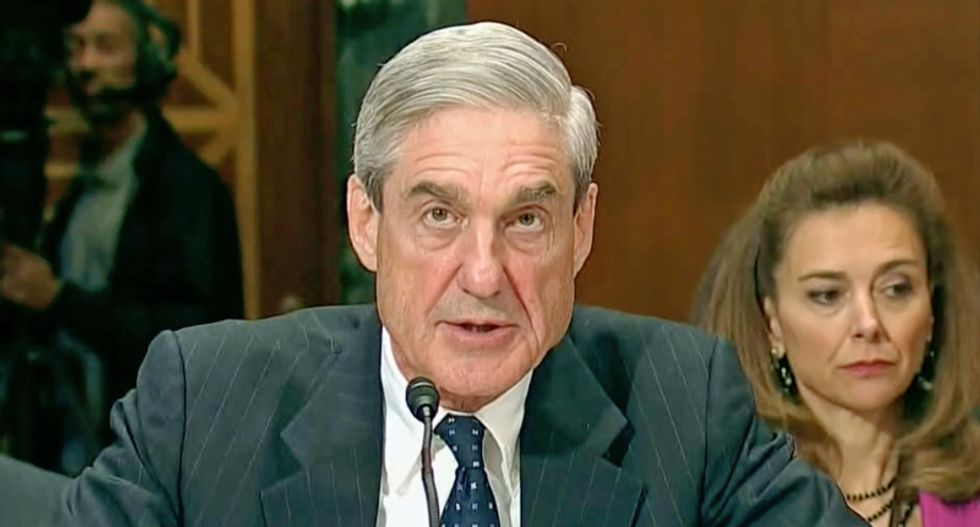 It remains to be seen what Special Counsel Robert Mueller’s final report for the Russia investigation will reveal. But it’s safe to say that one of the many people with a law enforcement background who is anxiously awaiting the report is Andrew McCabe, the former FBI deputy director who oversaw the agency’s Russia investigation in 2017. And in an interview with The Atlantic’s Natasha Bertrand conducted late last week, McCabe explains why he found President Donald Trump’s behavior so troubling in 2017.

During the interview, Bertrand notes that Trump had met with Russian officials in the Oval Office in 2017 and asks McCabe if he considered Trump’s behavior to be that of “someone who’s compromised.” And McCabe responds, “I mean, it certainly could be. I don’t know that for a fact. That was the reason we initiated the (counterintelligence) investigation.”

McCabe also discussed Trump’s decision to fire FBI Director James Comey in 2017, noting that he was worried well before that. McCabe told Bertrand, “The fact is, we were building to this point for months before Jim was fired…. The concern about the president and whether or not he posed a national-security threat that we should be investigating had been building for some time, but it was the events around the firing that kind of sealed the deal for me and the folks on the team.”

McCabe, during the interview, takes exception to Trump’s claim that everyone at the FBI was glad to see Comey fired in 2017. McCabe told Bertrand he “would not agree with” Trump’s “repeated insistence that everybody was happy about Jim being fired. I would not agree to that under any circumstances.”

Bertrand asks McCabe plenty of provocative questions during the interview—for example, asking if Trump “strikes you as someone who runs his organization, and now is running his administration, like the Mob.” And Bertrand replies, “Well, that was my own experience with him, right? That kind of overwhelming or overriding focus on loyalty and sorting everybody out immediately—like, you’re either with us or you’re against us. Those are all traits that you see in organized-crime enterprises.”

The manner in which Mueller’s Russia probe has been conducted, McCabe asserts, is not unlike an FBI investigation of the mob.

“So, do I think the case into Trump is open or closed?,” McCabe told Bertrand. “There’s absolutely no reason for me to believe that it’s closed. And you can certainly look at what Mueller’s done so far to say he is doing exactly what we would do with the investigation of a cartel or an organized-crime family.”