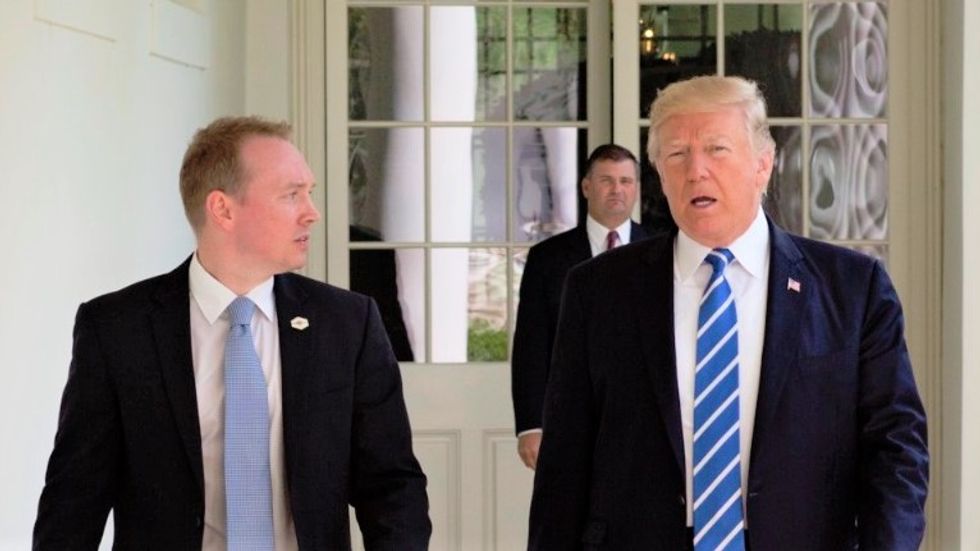 Former Trump White House aide Cliff Sims has told the Christian Post that he fears Trump-loving evangelical leaders are turning an entire generation away from Christianity thanks to their embrace of an amoral president.

Sims, who wrote a scathing insider's account of life in President Donald Trump's White House called "Team of Vipers," explains in an interview with the Christian publication that many people on Trump's faith advisory board are vicious social climbers who will happily knife one another to maintain their access to the president.

"I found some of the board to be mainly interested in maintaining their proximity to power, even to the point of trashing 'rival' faith leaders to keep them from threatening their own position close to the President," he says.

Sims also reveals that he's worried about how the president's top evangelical advisers are affecting Americans' views of Christianity.

"I’m haunted by the late author Brennan Man­ning’s quote, 'The greatest single cause of atheism in the world today is Chris­tians who acknowledge Jesus with their lips and walk out the door and deny Him by their lifestyle. That is what an unbelieving world simply finds unbelievable,'" he says.