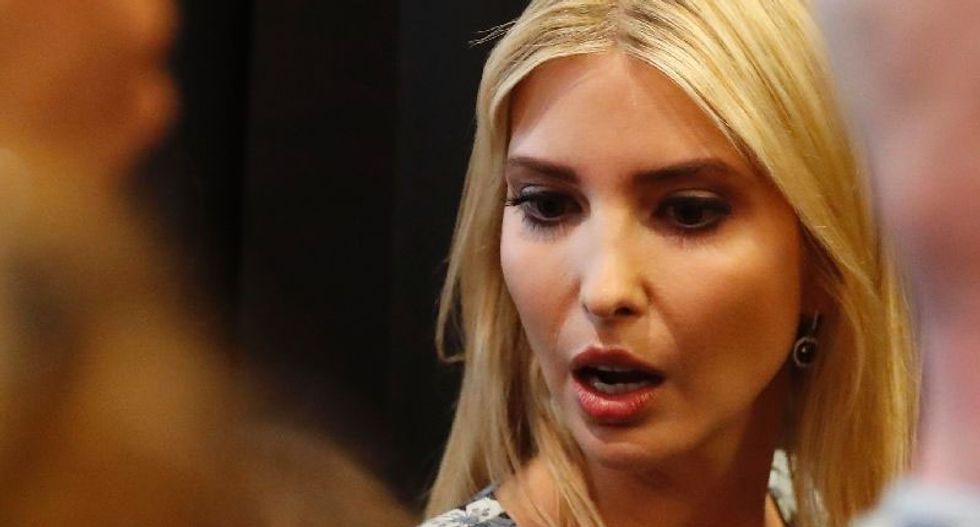 So far, the "first daughter" has mainly been the subject of negative press for her clueless princess persona, and the way she holds herself out as a model businesswoman and a mother while her father wreaks havoc on the lives of working women and families. But during his day-long testimony before the House Oversight Committee on Wednesday, Cohen -- who worked closely with Donald Trump for 10 years as his personal attorney and professional fixer -- implicated Ivanka in the sprawling story of her father's seedy and hidden Russian dealings, which may also be tied to the criminal conspiracy to steal emails from Democratic officials and influence the 2016 election.

Midway through the hearing, Rep. Stephen Lynch, D-Mass., asked Cohen, "Who were the family members that you briefed on the Trump Tower Moscow project?" referring to Trump's efforts to get a favorable real estate deal from Russia's oligarch class at the same time that Russian intelligence was orchestrating a criminal conspiracy to manipulate the presidential election.

"Don Trump Jr. and Ivanka Trump," Cohen replied, adding that he had spoken with both of them "approximately 10 times" about it.

Even though Ivanka is clearly her father's favorite child and has been heavily involved in both his real estate and branding business as well as his White House administration, she's gotten relatively little attention for the role she may have played in the Trump Organization or campaign's dealings in Russia.

Her brother, Donald Trump Jr., and even her husband, Jared Kushner, have received more press coverage for their apparent roles in a possible conspiracy. In part that's because both attended the infamous June 2016 Trump Tower meeting with Russian operatives promising "dirt" on Hillary Clinton, and because U.S. intelligence caught Kushner trying to set up a "back channel" to communicate with the Kremlin during the presidential transition period, shortly after Trump was elected.

But Ivanka is clearly in the mix on this. As Hannah Segilson detailed at The Intercept in March 2018, Ivanka was involved in the plan to fire then-FBI director James Comey, in a clear effort to derail federal investigations into Trump's Russian ties. She was also instrumental in convincing her father to hire Paul Manafort to run his campaign in mid-2016, even though Manafort was heavily tied to sleazy Russian oligarchs and their allies in the Ukraine and was mysteriously offering to work for Trump for free.

Ivanka plays dumb about Russia a lot to the media, telling ABC News that she knew "almost nothing" about the negotiations to open a massive Trump Tower in Russia that continued, as we now know, long into the general election campaign. But as Dan Friedman of Mother Jones has detailed, the evidence suggests otherwise. It was Ivanka who emailed Cohen in 2015 with a lead she thought could produce a meeting with Russian President Vladimir Putin to secure the deal. She also reportedly suggested an architect for the Moscow tower. The building plans included a spa named after Ivanka and a notation that "all interior design elements of the spa or fitness facilities" were to be approved by her.

More broadly, Cohen's testimony on Wednesday was a reminder that the Trump Organization wasn't the sprawling corporation that Republicans would have people imagine, but a sparsely staffed and closely held family company. Unlike at a large corporation with a complicated hierarchy and many moving parts, the leadership of the Trump Organization — consisting of Donald Trump himself and his three eldest children — were intimately involved in the company's dealings.  Under those circumstances, it's preposterous to imagine Ivanka wasn't involved in the Moscow talks, which were clearly geared towards one of the biggest projects -- if not the very biggest -- the Trump company had ever developed.

But so far, Ivanka has not received even close to the level of scrutiny her husband or brother has received. Even after Cohen's testimony, the headlines have been more focused on Donald Trump Jr. than his sister:

Part of the difference is that Don Jr. has testified under oath about this project, and could now potentially be investigated for perjury. But sexism almost certainly plays a role, as well.

Donald Trump Jr. and Jared Kushner, bumbling idiots though they are, are men who wear expensive suits. They better fit the stereotype as the kind of person who might be involved in a conspiracy involving electoral meddling crimes and seedy real estate deals. Ivanka, however, presents herself a the "first daughter" — no one calls any of her brothers a "first son" — hiding behind the stereotype that women are involved in domestic matters and not criminal intrigue. Even Ivanka's "businesswoman" persona is tilted towards the domestic, with an  emphasis on her fashion lines and not on her role in her father's real estate empire.

Ivanka benefits from what sociologists call "benevolent sexism," defined as "a form of paternalistic prejudice" that holds that "women are purer and nicer than men, but also mentally weaker and less capable." Benevolent sexism is about being generous and rewarding to women who adhere to traditional gender roles and who present as being non-threatening, unintelligent and submissive.

Benevolent sexism often turns into hostile sexism, or misogyny, when women reject traditional gender roles. That's why, for instance, conservatives hate Hillary Clinton while adoring Ivanka Trump. The latter plays up to their ideas of what a "good" woman should be — a dutiful daughter, in this case — but the former, by running for office and embracing overtly feminist politics, is despised.

Even the "liberal media's" tendency to portray Ivanka as a little dim -- as a pampered princess who doesn't know how dumb she sounds at times -- ultimately helps her. It allows her to skirt responsibility for any role she played in the Trump Organization's shadier dealings and to smile prettily at the cameras while her brother is called to testify — and therefore risk committing perjury — before Congress.

Cohen's testimony on Wednesday corroborated a disputed BuzzFeed story indicating that Ivanka had been deeply involved in the Trump Tower Moscow dealings. This also follows reporting suggesting that special counsel Robert Mueller is taking a close look at Ivanka's role in all this. To paraphrase the despicable Roger Stone, it seems as if the first daughter's time in the barrel may be coming soon.