North Carolina Republican who won due to voter fraud needs to drop out of new election: WSJ 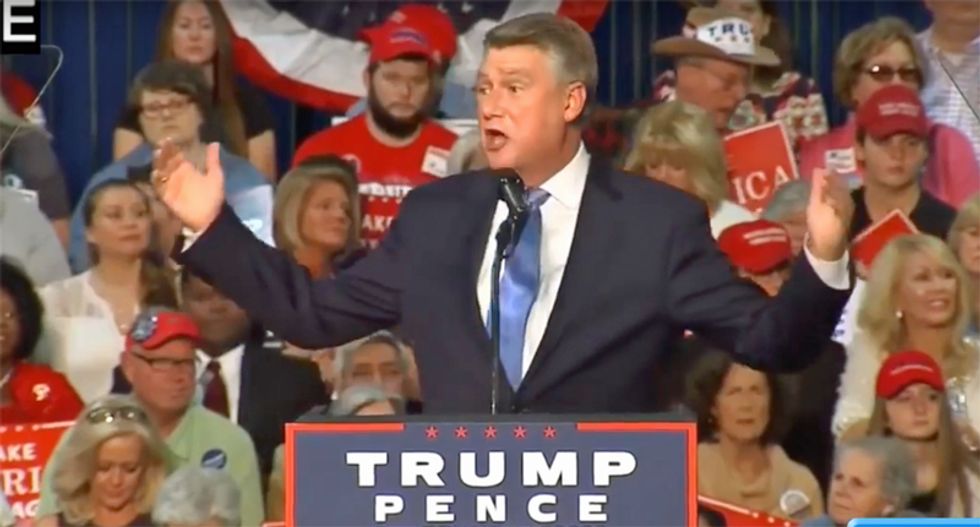 In an editorial detailing efforts by Republicans in North Carolina to steal a Congressional seat, the conservative Wall Street Journal called upon the candidate who benefited from the fraud to "sit out" the election do-over.

"For months, Republican Mark Harris urged North Carolina’s elections board to certify his 905-vote victory last year so he could take his seat in Congress," the editorial began. "Now Mr. Harris has finally admitted what was apparent all along: The results in the state’s 9th District were tainted by fraud. On Thursday a new election was ordered, and good luck to the GOP there after this scandal."

The Journal brought readers up to speed about the North Carolina GOP shenanigans, explaining: "It didn’t take long for suspicions to be raised. In rural Bladen County, mail-in ballots went for Mr. Harris 61% to 38%, though only 19% of them came from registered Republicans. In the primary, he had won that county’s mail-in vote 96% to 4%. Some residents said they had given their ballots to door-knockers, but such “ballot harvesting” is illegal in North Carolina. Investigators zeroed in on a Harris operative named McCrae Dowless. "

According to the editors, Harris needs to step aside, not only to erase the taint of election fraud, but because his own son testified against him, saying the elder Harris had been warned about the possibility of fraud.

"Mr. Harris later said he dismissed the warning because he thought his son was 'overreacting.' He maintained his innocence and said Mr. Dowless reassured him everything was above board. But after days of hearings, Mr. Harris conceded the election’s taint," the Journal reported.

For that, and for other personal reasons, the Journal said Harris needs to exit the new election.

"When the do-over arrives, Mr. Harris ought to sit it out," the editors advised. "That’s particularly true given the revelation that he recently had two strokes, which he blamed for confusion in his testimony. Republicans’ best shot at keeping the seat may be to apologize and bring back Mr. Pittenger, who beat his last Democratic opponent by 16 percentage points."