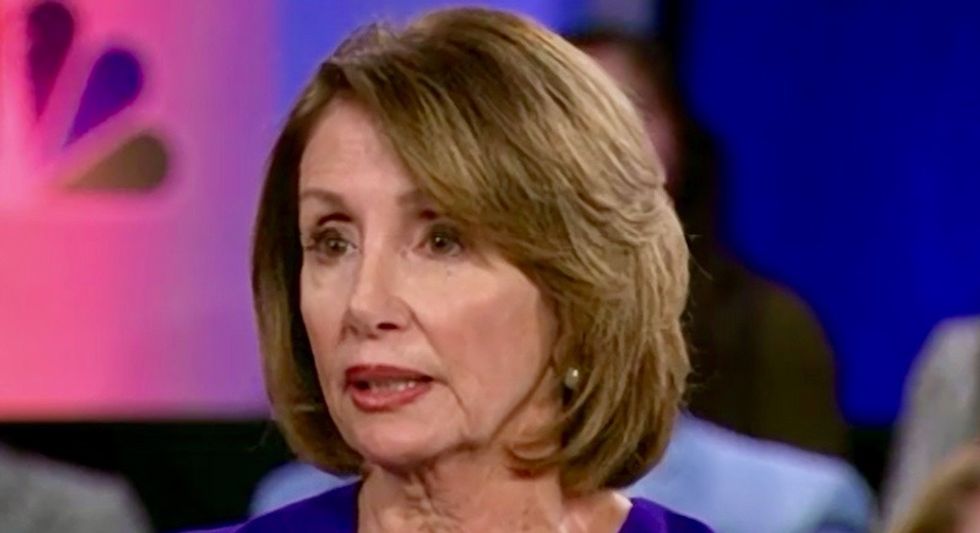 The NRA is taking serious heat online for publishing an article in their magazine entitled "Target Practice" accompanied by a picture of House Speaker Nancy Pelosi (D-CA) and former lawmaker Gabby Giffords who is a victim of gun violence.

Gun control advocates and Pelosi's colleagues were quick to pounce on the gun group over the article published in their American Rifleman magazine (a screenshot can be seen below).

You can see some tweets calling out the NRA below:

Someone sent me this image of the latest copy of NRA's magazine, featuring a story with the words "Target Practice"… https://t.co/hnfsEwFRW5
— Jennifer Bendery (@Jennifer Bendery)1550878292.0

This is a call for violence by the @NRA against @GabbyGiffords, who was nearly killed by gunfire and @SpeakerPelosi… https://t.co/64DDwqrUC6
— Rep. Eric Swalwell (@Rep. Eric Swalwell)1550941344.0

I understand the first amendment, but this is beyond the pale. @GOP - I support the boycott of any candidate who ta… https://t.co/jwhvoLpZYb
— Chrissel (@Chrissel)1550955268.0

I’ve always believed that words have power. This type of callous language is typical of the @NRA. We need commonse… https://t.co/MP76g9RNyq
— Cory Booker (@Cory Booker)1550954127.0

@RepSwalwell @joncoopertweets @NRA @GabbyGiffords @SpeakerPelosi So does this mean that the @NRA is a #DomesticTerrorist organization?
— Fred (@Fred)1550955210.0

The @NRA is threatening the Speaker of the House. And Gabby Giffords, who was ALREADY shot. Why is anyone talkin… https://t.co/dt1loZNhUU
— Sarah Reese Jones (@Sarah Reese Jones)1550945792.0

Just a reminder that the NRA is classified as a tax-exempt social welfare organization by the IRS which means it’s… https://t.co/j2Xy5kqsxf
— Andrew Weinstein (@Andrew Weinstein)1550943251.0

The @NRA is stoking the hateful rhetoric that has lead to an increase in hate crimes and threats against media and… https://t.co/0jT1m00IDw
— Shannon Watts (@Shannon Watts)1550954153.0