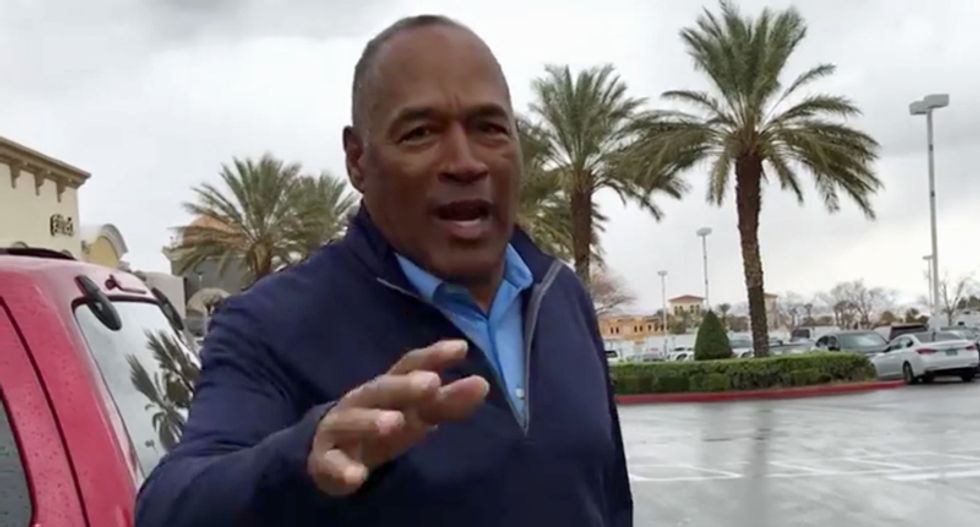 TMZ caught up with the Heisman Trophy winner, who infamously stood trial for the murder of his ex-wife.

"What do you think about your buddy's State of the Union tonight?" TMZ asked.

"Do you think he's going to get impeached?" TMZ asked.

"If he keeps hanging around with ... people like that Roger Stone," Simpson answered.

He then mocked Stone's complaints that his arrest was worse than Osama bin Laden.

"I got raided by the FBI in Miami," Simpson reminded.

"The FBI can be wrong, but to try and compare it to el Chapo and bin Laden? Hey man, bin Laden was carried out in a bag, not walked out in handcuffs," he noted.