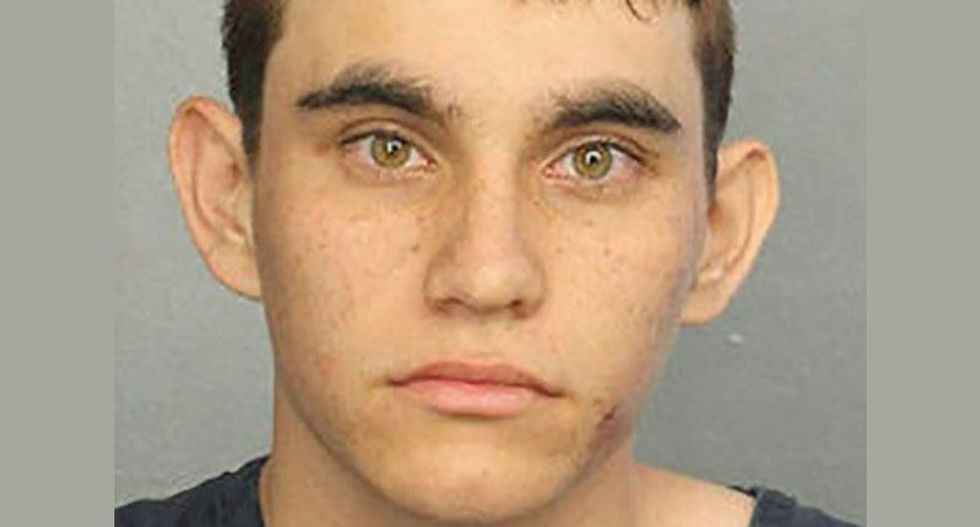 Two years before he lined his schoolmates up against a classroom wall and executed them one by one, the student, who would become the gunman, tried to show his English teacher something important.

He had quietly slid up his sleeves to reveal the cut marks running down his arms. The teacher panicked. A novice educator at the time, she had never been coached or trained in what to do in these situations, what to say or how to help. So she passed the student off to another teacher, who then filed a form with the principal’s office. She felt fairly certain nothing else came of it.

“He was asking for help,” the teacher said in reflecting on the encounter during a recent interview. “If I’d had some training to help him, a five-step sheet to follow, say this, say that, maybe I could have made a difference?”

The story is one of dozens that we have collected over the past two years in our effort toward studying the life histories of mass shooters. It typifies what we believe is one of the biggest challenges that schools face when it comes to averting school shootings – and that is recognizing and acting upon warning signs that school shooters almost always give well before they open fire.

We are both criminologists who study aggression and violence. One of us focuses on mental illness among offenders. The other has an extensive background in group violence.

Together, we have built a database of the 160 mass public shootings that have taken place in the United States since 1966 for a project funded by the National Institute of Justice, the research arm of the U.S. Department of Justice. For mass public shootings, we use the common definition of an event in which four or more victims are killed with a gun in a public place.

The goal of our project is to use data to look for patterns in the lives of mass shooters. The purpose is to develop a better understanding of mass shooters and why they did what they did, in order to prevent future tragedies.

Valentine’s Day marks one year since the mass shooting at Marjory Stoneman Douglas High School, in Parkland, Florida, where 14 students and three staff members lost their lives. This year is also the 20th anniversary of the Columbine High School massacre in Littleton, Colorado. 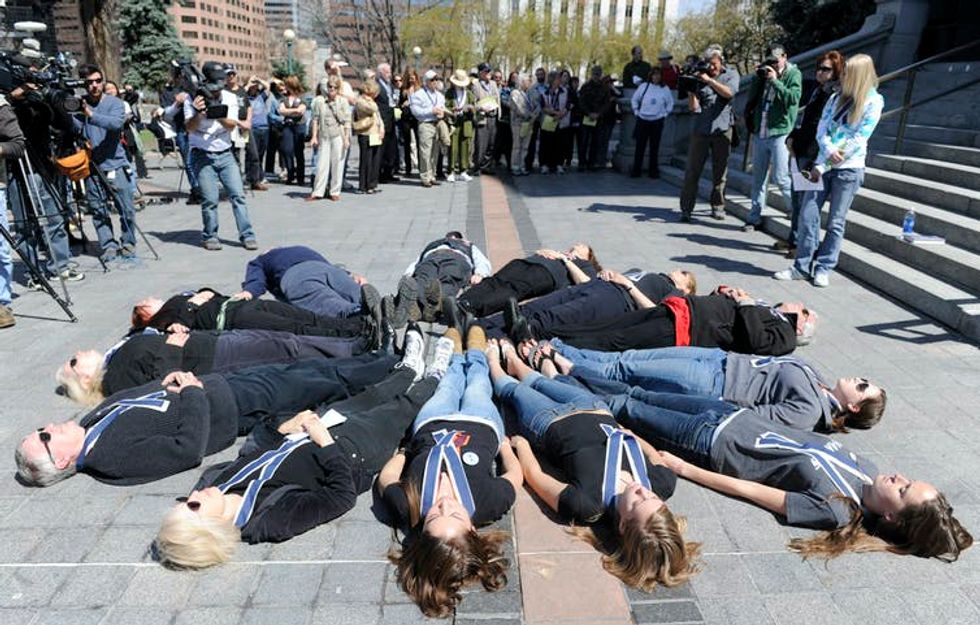 Thirteen people lay down to symbolize those killed in the Columbine school shooting on the 10th anniversary of the Columbine attack, at the Capitol in Denver, Colorado in 2009.

Although gun violence in schools has decreased since the 1990s, our research found that mass school shootings have not decreased over time. There have been six in the last 20 years – Columbine, Red Lake, West Nickel Mines, Sandy Hook, Parkland, Santa Fe – plus 39 attempts in which a shooter came to school heavily armed and fired indiscriminately at numerous people, according to our reanalysis of The Washington Post’s school shooting database. That’s a steady average rate of about 2.4 mass school shootings per year.

2018 was the worst year on record for gun violence in U.S. schools, with 97 incidents and 56 deaths, compared to previous highs of 40 in 1993 and 38 in 2012, the year of the Sandy Hook Elementary School massacre in Newtown, Connecticut.

Our initial analysis of the school shooting data found some noteworthy patterns. All of the K-12 school shooters or would-be school shooters were male, between the ages of 12 and 17. The majority were white and nearly all – 91 percent – were students or former students at the targeted school.

While each story was different, all mass school shooters since 1966 had a large number of risk factors for violence. Forty-five percent had witnessed or experienced childhood trauma, 77 percent had mental health concerns, as evidenced in a prior diagnosis, previous counseling or hospitalization, or medication use, and 75 percent had an interest in past shootings, as evidenced in their writing, social media posts or other activities.

The majority of mass school shooters – 87 percent – showed signs of a crisis, as exhibited in their behavior, before the shooting. Seventy-eight percent revealed their plans ahead of time, often on social media. As juveniles, they also used guns that they stole from parents, caregivers and other significant adults in their lives.

These findings make it clearer why current strategies are inadequate. If the shooter is most likely a student in the school, lockdown drills only show potential perpetrators the school’s planned response, which can be used to increase casualties.

Punishing explicit threats of violence with suspension, expulsion or criminal charges is ineffective with a suicidal student. These methods only increase the risk for violence and worsen grievances with the school. Likewise, when a would-be shooter already desires to die, the death penalty – President Trump’s proposed response to mass shootings – is no deterrent.

These findings suggest the need for a new approach to mass violence prevention in schools – one that goes beyond running, hiding and fighting, and that does not traumatize students with routine lockdown drills that cause anxiety or hand young people a script for this form of violence.

Instead, our data show that threats of school violence should be seen as a plea for help. These threats are a critical moment for a student to be connected with long-term, high-quality resources, such as mental health treatment, social services or substance use treatment. The Parkland’s shooter involvement with services was sporadic before he was expelled from school. 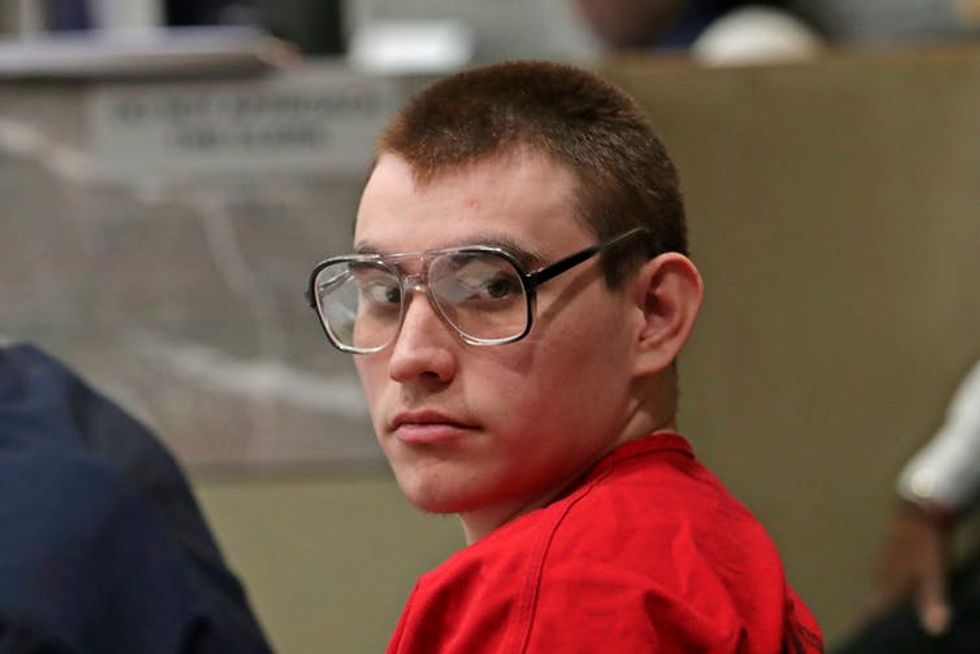 These threats of school violence are also an occasion to remind parents to keep guns secure to lessen the chances that they will be able to carry out their attacks.

Further, all school personnel – teachers, administrators and staff members – should be able to recognize signs of a student in crisis. They also need to be trained in crisis intervention, de-escalation, suicide prevention, and be educated on how to connect students to needed help.

School shootings are rare events that mobilize people to take action. In our view, our research suggests it is time to shift the focus from protection to prevention and from physical security to mental well-being.