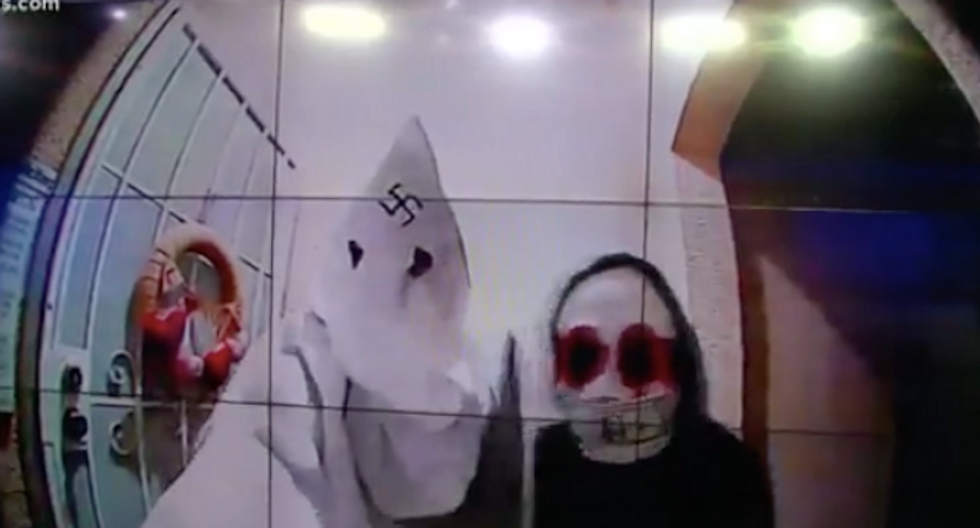 A man in Anthem, Arizona was targeted by a person wearing a KKK Grand Wizard outfit topped with a swastika, reports News 12. The Klansman was accompanied by another person, who appeared to be wearing a mask from the movie Purge.

The duo rang the doorbell, made threatening poses in front of their door cam, and then disappeared. Police are investigating the incident as a potential hate crime.

“The fact that a swastika was used on a Klan outfit makes it even more shocking,” Carlos Galindo-Elvira, Arizona regional director of Anti-Defamation League, told News 12.

The Ku Klux Klan opened an Arizona chapter in 1921, according to the Arizona Historical Society. Over 2,000 people attended meetings.