Blackwater’s Erik Prince could be in ‘deep trouble’ after his trainwreck Al Jazeera interview: Ex-US attorney 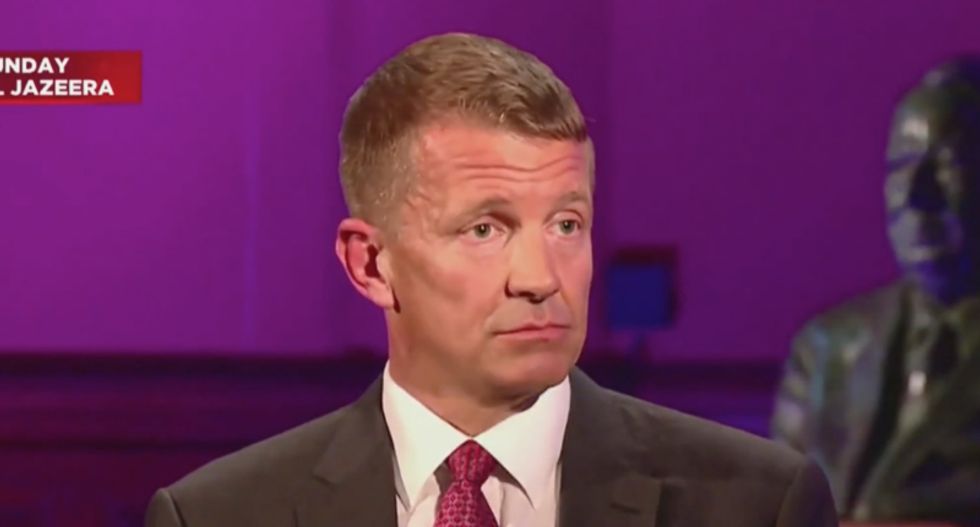 Former U.S. attorney Joyce Vance said that Blackwater CEO Erik Prince may be in 'deep trouble' after admitting in an interview with Al Jazeera's Mehdi Hasan to a 2016 Trump Tower meeting with Donald Trump Jr., after testifying to Congress that such a meeting never happened.

Host Stephanie Ruhle aired a clip of the interview, in which Prince is pressed repeatedly about the discrepancies in his sworn testimony, which culminated in Prince claiming that the transcript was "wrong."

"When your defense to a perjury charge is that an official certified transcript here from a House hearing is wrong, you in deep trouble," Vance said, praising Hasan's questioning. "This is a masterful interview by Mehdi Hasan. I think any prosecutor would be proud to have him in the courtroom along with them." As for Prince?

"It looks like Erik Prince clearly lied when he testified in front of the Hill," she went on. "It will be up to either a federal prosecutor or perhaps Congress itself to refer that case over for action."