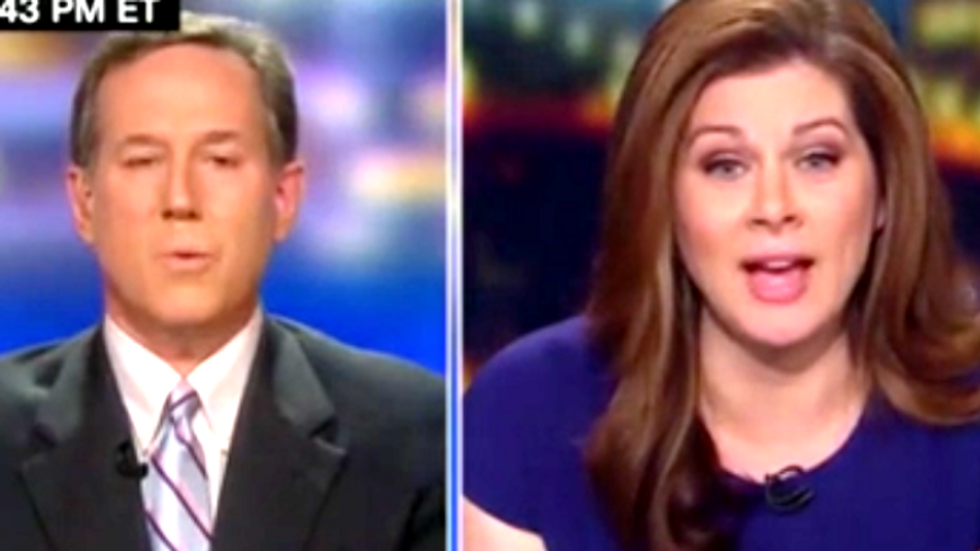 Republican strategist Rick Santorum showed off his hypocrisy during a Tuesday interview with CNN host Erin Burnett. As impeachments proceedings loom over Trump, Santorum argued that the president has not committed any impeachable offense.

House Speaker Nancy Pelosi said that Trump was not "worth" the process of impeachment but said he was still unfit to serve as president.

Burnett played a clip of then-Pennsylvania Senator Santorum saying that he wanted to impeach former President Bill Clinton for being "unfit" to lead the country.

"But you are not for impeachment with Donald Trump. Why?" Burnett asked.

"In the case of Bill Clinton, we had a very clear criminal act. He lied under oath. That's a very serious criminal act. People are prosecuted for it all the time. One of the reasons that I didn't want Trump to give testimony to Bob Mueller. I was afraid of the very thing," Santorum said.

Burnett continued to grill him over his double-standard. Santorum wanted to impeach Clinton  because he lied and said that Clinton couldn't be trusted. According to the Washington Post, Trump has lied over 8,000 times since taking office.

"Why should president Trump not be impeached by your logic?" Burnett said.

"I wish it was the only time presidents lied, to the American people. We can go back to just about every single president that lies to the American people," he said. "That's not impeachable. When you lie under oath in a court of law. I think you'll find a lot of Republicans will have a big problem if Trump is shown to have lied under oath. I think that will be a very different bar."