Democrats support expanding Medicare, with some caveats that could matter to voters 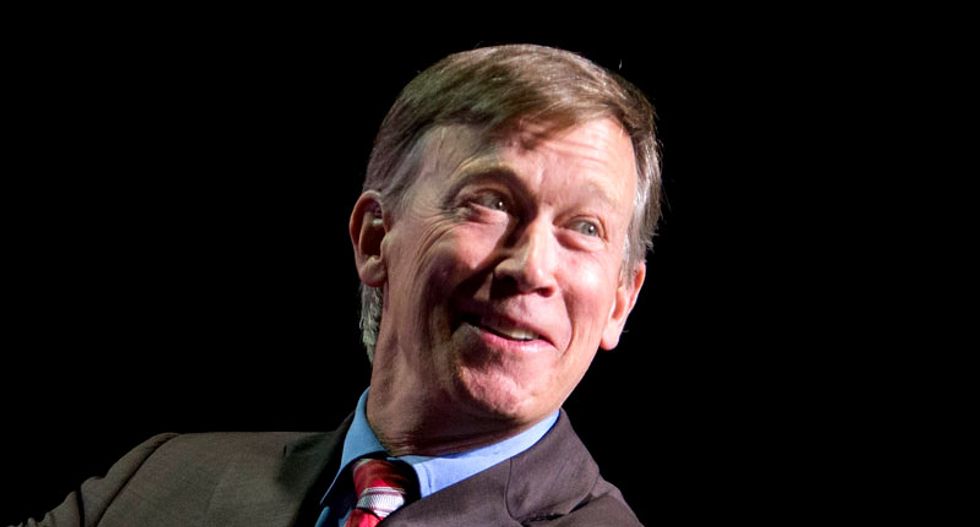 After launching his 2020 presidential bid last week, John Hickenlooper took a different stance on establishing a “Medicare-for-all” government health insurance program than many of his Democratic competitors.

“I probably would oppose Medicare-for-all just because there are over 150 million people, Americans who have some form of private insurance through their business, and the vast majority of them are happy with that,” the former Colorado governor said on MSNBC. He added he supported reaching universal health insurance coverage by another route.

In contrast, five of the U.S. senators seeking the Democratic presidential nomination - Kamala Harris, Cory Booker, Elizabeth Warren, Kirsten Gillibrand and Bernie Sanders - back a Medicare-for-all bill that would replace the current mix of private and government coverage with a plan provided solely by the government.

The candidates’ positions highlight a divide in the growing field on one of the defining issues in the Democratic Party’s primary battle. While Democrats have long pushed for some type of universal healthcare, the Medicare-for-all proposal has met resistance from more centrist party members concerned about the hefty price tag and disrupting voters’ current coverage.

Medicare also will likely remain an issue for the general election in November 2020, with Democrats already criticizing President Donald Trump’s proposal on Monday to slash $845 billion from the program’s budget over the next decade.

New Reuters/Ipsos polling suggests the details of any Medicare overhaul will matter to voters. While a majority of Democrats generally favor establishing a Medicare-for-all system, their support would drop if that system also raised their taxes or did not deliver the same quality of care, according to the survey, conducted from Feb. 27 to March 4.

Thirty-nine percent of Democrats said they would be somewhat less likely or much less likely to support a Medicare-for-all program if their income taxes increased, and 42 percent said their support would decrease if the program raised the national budget deficit.

Thirty-nine percent of Republicans said they supported a Medicare-for-all program to some degree, along with 65 percent of independents.

Harris declared herself a “big proponent of Medicare-for-all” as she campaigned in South Carolina, an early primary state, over the weekend.

“Access to affordable healthcare should not be a privilege for those who can pay it, it should be a right for everybody,” she said at a town hall in the rural town of Hemingway, offering a personal story about how her mother’s death from cancer was easier to navigate thanks to Medicare.

The California senator’s campaign has said, however, that she would also be open to more moderate, incremental proposals, after she suggested eliminating private health insurance altogether at a CNN town hall in January.

The Senate plan authored by Sanders and co-sponsored by Harris, Gillibrand, Booker and Warren would finance the Medicare expansion through a combination of taxes on employers, individuals, businesses and the wealthy.

The liberal Urban Institute estimated that an earlier, nearly identical Sanders plan would cost $32 trillion over a decade, with the additional taxes raising about $15 trillion.

Washington state Governor Jay Inslee, a business-friendly Democrat, said in an interview with Reuters that he supports attaining universal healthcare “as quickly as possible” but has not made up his mind about a Medicare-for-all proposal, or allowing people younger than 65 to buy into the program.

Senator Amy Klobuchar supports universal healthcare and expanding Medicare, but has not signed onto Sanders’ proposal or committed to any plans that would eliminate private insurance.

Xavaier and Jennette Wescott of Charleston said they like their private insurance but might be willing to switch coverage in order to transition to a universal health insurance system.

“For those who need it, it should be instilled,” said Xavaier Wescott, 57, a retired firefighter. “Nowadays it’s hard to get insurance for those who can’t afford, and it’s hard to maintain a healthy lifestyle if you don’t.”

About 64 percent of Democrats and 48 percent of Republicans in the Reuters/Ipsos poll said they would enroll in Medicare if the eligibility age were lowered and they were given the opportunity.

Brittany Dickson, 28, of Summerville, South Carolina, said her current high-deductible private plan would justify paying additional taxes to finance a Medicare-for-all system. She has a $5,000 deductible before her private insurance kicks in.

“Still have to pay all this money before insurance covers anything,” Dickson said. “I pay taxes for a lot of different stuff anyway. I think it’s for a good cause.”

The Reuters/Ipsos online poll of 2,936 people was conducted Feb. 27 to March 4. It has a credibility interval, a measure of the poll’s precision, of 2 percentage points.

Reporting by Amanda Becker in Washington and Ginger Gibson in South Carolina; additional reporting by Chris Kahn in New York and Sharon Bernstein in Seattle; editing by Colleen Jenkins and Dan Grebler