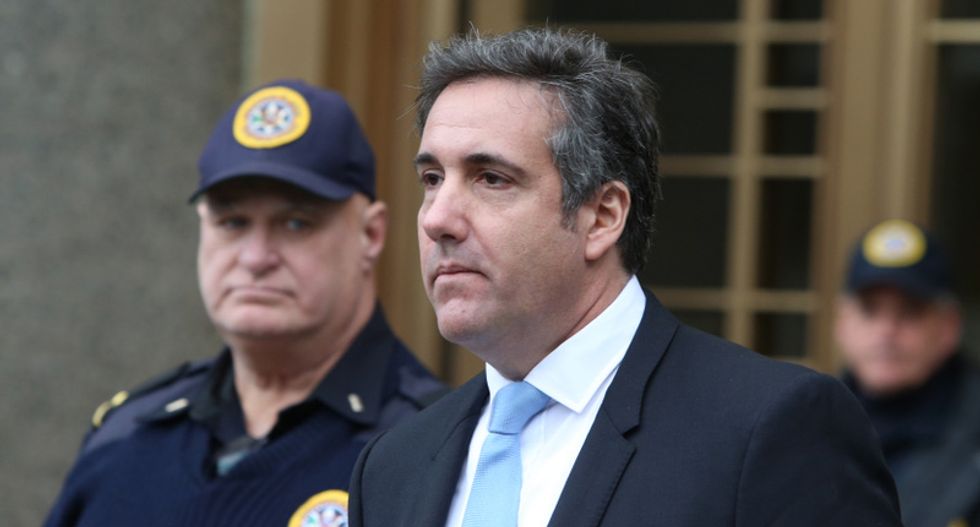 The most depressing part of Michael Cohen’s dramatic testimony Wednesday was not his expected revelations that the president of the United States is a con man, a crook, a fraud, a liar, a bully and more.

Anyone paying the least bit attention has known all that, or most of it, for years. What we learned from Cohen —Trump’s longtime fixer and, in Trumpian mob terms, a made man — were the shocking details. Roger Stone’s Wikileaks call. The likelihood that Trump knew of the Trump Tower Russia meeting. That Trump’s lawyers had vetted Cohen’s perjured Senate testimony. That the Southern District of New York was investigating further Trump-related felonies. The hush money checks Trump wrote while president, while living in the White House, to reimburse Cohen for paying off Stormy Daniels to keep Trump’s (alleged) affair quiet.

No, the really depressing thing — also not a surprise — was the nearly complete abdication of their duties by Republicans on the House Oversight Committee.

With one exception, no Republican asked any questions of Cohen’s revelations about Trump. But even more revealing, not one Republican actually tried to defend Trump against the charges made by Cohen. Instead, they repeatedly dismissed Cohen as a lying liar (we know he’s a liar; he’s going to prison for lying) who should not be trusted or even heard.

The problem, of course, is by saying we should never trust a single word from a lying liar, the Republicans were, in fact, conceding that we should never trust the Liar in Chief, who entrusted Cohen with many sensitive jobs over the years. Either Trump was too stupid to know Cohen was a liar and a bully or that, in fact, his willingness to lie for Trump was one of the strongest points on Cohen’s resume. It must be said — although I don’t remember anyone mentioning it on Wednesday — that an entire line of Trump confidants has been accused or convicted of lying. And, of course, the Washington Post has Trump lies during his presidency at now over 8,000.

Maybe the most dramatic moment in the hearing came when Cohen warned his Republican interrogators that, by their enabling of Trump’s lies and other bad behavior, they were becoming just like Cohen and shouldn’t be trusted either. This isn’t to say anyone should feel sorry for Cohen. He worked for Trump for a decade, admittedly bullying Trump opponents by the hundreds. Is Cohen truly repentant? I have a better question: Should anyone care?

But here is Cohen answering one of his Republican interrogators who was busily bashing him: “And I can only warn people, the more people that follow Mr. Trump as I did, blindly, are going to suffer the same consequences that I’m suffering.”

I don’t know how much truth Cohen told — although you’d have to be pretty stupid to lie to Congress after you’ve been sentenced to prison for, well, lying to Congress — but this was capital-T truth, the real thing, truth attached to a small piece of wisdom, truth that I wonder what Cory Gardner must have thought when he heard it.

Sadly, it’s easy to guess that Cohen’s warning had next-to-zero impact, which tells you as much about the many Trump scandals as anything Cohen had to say. I’ll tell you why. There’s a vote upcoming in the Senate on Trump’s decision to declare a national emergency on the Southern border in order to get his bogus wall built. There is no emergency, as everyone in Congress knows. There’s no need for a wall, as most know. This is the same kind of overreach — but, in fact, disproportionately worse — for which Republicans consistently called out Barack Obama.

But when it comes to Trump? Only 13 House Republicans voted to rebuke him. Only 13 Republicans voted to uphold Congress’s role as one of the three branches of government. In the Senate, where the vote will come soon, many Republicans have openly questioned the wisdom of Trump’s approach. But only three have committed to voting to reject the emergency. Four votes are necessary for the rejection to pass.

One of those votes could be Gardner, who came out against an emergency declaration just before Trump actually declared it. Then, you know, crickets. Now, though, he says he’s studying the resolution, which, by my count, is 54 words long. This idea of study — Gardner’s default position on all controversial bills — comes soon after Gardner had made his bizarre early commitment to support Trump in the 2020 election.

In any case, Trump will veto the bill if it passes, Republicans will roll over and Michael Cohen, the rat, the liar, will be proven right. I mean, the big news on the day after Cohen’s open testimony was the failure of the Trump-Kim Jong Un summit in Vietnam. But overshadowing the failure was Trump’s remark that Kim had told him he knew nothing about the torture in a North Korea prison that led to death of American student Otto Warmbier.

”He tells me that he didn’t know about it, and I will take him at his word,” Trump said in what can only be regarded as a complete betrayal of Warmbier and his family. Trump also said Kim “felt badly about it. He felt very badly.”

So, yes, Cohen is a convicted liar going to prison. There’s no arguing that. But the easiest thing to believe, from Cohen or anyone else, is that there is no need to make up a single lie when it comes to challenging the credibility of Donald J. Trump.