‘Donald Trump is not above starting a civil war’: Donny Deutsch predicts there won’t be a peaceful transition of power 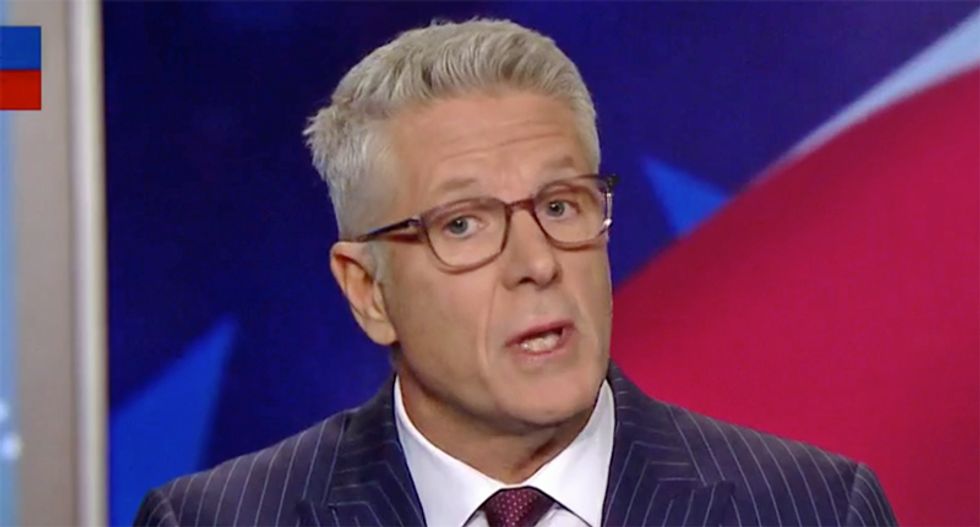 President Donald Trump may start a civil war, a longtime acquaintance predicted on MSNBC on Tuesday.

Donny Deutsch, who has known Trump for two decades, explained the dynamics on "Hardball" with Chris Matthews.

"You have known Trump over the years. You're not his buddy or anything, but you know him. What is his end game?" Matthews asked. "What will he do, run for reelection to protect him from the statute of limitations, hold on to the pardon power, try to get reelected to keep himself out of prison? What's his end game?"

"We will not have a peaceful transition," Deutsch predicted.

"Donald Trump, I believe -- whether he's going to be impeached, whether they're disqualifying him for running for office, even if he gets elected out -- he will tell his people to take to the streets," he continued.

"I know that sounds extreme -- that's who this man is," he argued.

"There's 30 percent of this country he believes he owns -- and he does actually own them. The normal things we see, peaceful transition -- I believe Donald Trump is not beyond starting a civil war," Deutsch explained.

"Chris, I have known this man for 20 years and if you watch every one of his plays, he tees off what he is going to do. I think we're headed for a very ugly time in American history," Deutsch concluded. "I'm sad to say that."