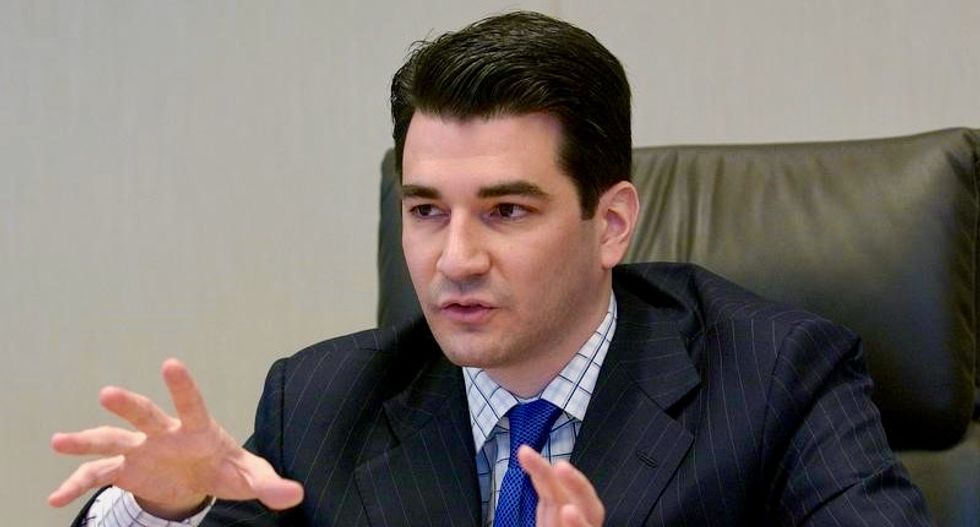 U.S. Food and Drug Administration chief Scott Gottlieb said on Tuesday he plans to step down in a month, calling into question how the agency will handle critical issues such as e-cigarette use among teens and efforts to increase competition in prescription drugs.

The Department of Health and Human Services, which oversees the FDA, announced Gottlieb’s resignation on Tuesday.

Gottlieb was well regarded and won bipartisan support for his efforts to curb the use of flavored e-cigarettes by youths, speed approval times for cheap generic medicines to increase competition and bring down prescription drug prices and boost the use of cheaper versions of expensive biotech medicines, called biosimilars.

The FDA did not respond to a request for comment.

The Washington Post first reported on Tuesday that Gottlieb planned to resign.

“Scott has helped us to lower drug prices, get a record number of generic drugs approved and onto the market, and so many other things. He and his talents will be greatly missed!” Republican President Donald Trump wrote on Twitter on Tuesday.

In his resignation letter, Gottlieb touted several of the agency’s initiatives, including efforts to curb tobacco use, decrease the rate of opioid addiction, speed up approval of generic drugs and streamline the process for novel medical technologies such as gene therapy.

“I’m immensely grateful for the opportunity to help lead this wonderful agency, for the support of my colleagues, for the public health goals we advanced together, and the strong support of @SecAzar and @realDonaldTrump - This has been a wonderful journey and parting is very hard,” he wrote on Twitter, referring to Azar and Trump by their Twitter handles.

Gottlieb’s signature policy initiative was his effort to reduce teen e-cigarette use. He expressed concern over the rise in the number of youths using flavored e-cigarettes after preliminary federal data showed teenage use had surged by more than 75 percent since last year, which the FDA described as an “epidemic.”

Under Gottlieb, the FDA issued a ban on the sale of fruit- and candy-flavored electronic cigarettes in convenience stores and gas stations, meaning only tobacco, mint and menthol flavors can be sold at these outlets.

The FDA also introduced stricter age-verification requirements for online sales of e-cigarettes. The proposal is at the White House Office of Management and Budget for review.

Gottlieb is a conservative physician and former deputy FDA commissioner under Republican President George W. Bush. Before becoming head of the FDA, he was a longtime healthcare investor and consultant who sat on multiple company boards. He surprised critics who worried about his ties to the pharmaceutical industry by speaking out about rising drug prices and drug companies’ tactics to keep competitors off the market.

Gottlieb also sought to introduce the FDA into the drug pricing conversation, an unusual move for the agency, which typically oversees clinical trials and drug approvals. He often touted that the agency had approved more than 1,000 generic drugs as evidence that it was helping to curb prescription drug prices, a top priority of Trump’s administration.

In January, Gottlieb said in a tweet that he did not plan to leave the agency after speculation that he planned to step down. “We’ve got a lot of important policy we’ll advance this year,” he wrote in the January tweet.