Lindsey Graham: 'President Trump has been good to me in the sense that he’s allowed me in his world' 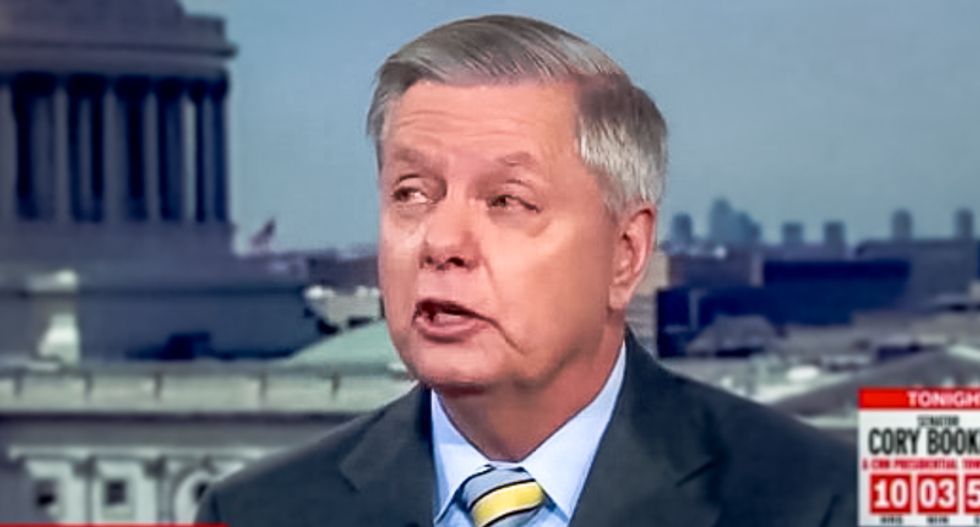 Sen. Lindsey Graham (R-SC) explained on Wednesday that he is beholden to President Donald Trump because he "allowed me in his world."

In an interview with CNN's Kate Bolduan, Graham lashed out at critics who say he should speak up when Trump attacks deceased Sen. John McCain (R-AZ).

"To all those people who bring up this narrative, you just take Trump. You don’t really care about McCain and me," Graham complained. "You’re not offended about me and McCain. You’re trying to use me to get to Trump. I’m not playing that game."

"If you think the only way to honor John McCain is to tell this president, I won’t work with you, I won’t ever help you," he continued. "That’s your agenda, not mine. My agenda is twofold, to honor my friend for the rest of my life in any way I can and to help this president."

Graham added: "President Trump has been good to me in the sense that he’s allowed me in his world. He’s made decisions, I think, based on some input I’ve given him. He’s subject to changing his mind and I want him to be successful and I’m the senator of South Carolina and I’m going to do what the people of South Carolina want me to do is help make this president successful."