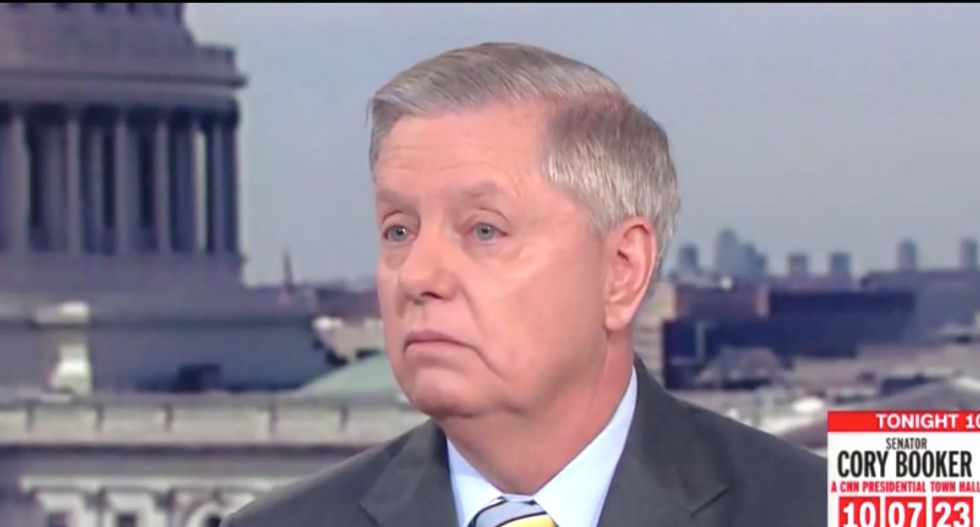 Senator Lindsey Graham (R-SC) squirmed on CNN Wednesday after being called out on his role in passing the Steele Dossier to the FBI.

"So if the dossier is garbage, if it is garbage, you've now said that you told John McCain when he received the dossier to give it to the FBI," said host Kate Bolduan. "Do you regret making that suggestion?"

"Not at all," said Graham. "I said 'listen, I don't know if it could be a bunch of garbage, it could be true, it's not our job to figure it out, hand it to the FBI.' The FBI had the dossier months before, but we didn't know, but what do we know now? We know now that the information with the dossier is unverified to this day."

Bolduan took a moment to try to absorb Graham's reply.

"You surprised a lot of people, though, when you revealed that McCain talked to you about the dossier and that you told him to turn it over," she said, sounding confused. "The president has over and over again spread misinformation at the very least, and lied about that and the dossier, and spread the dossier around and that is a stain against him."

"The McCain Institute guy shopped it around all over town," interrupted Graham, shifting blame and further muddying the waters.

"That is not what Donald Trump was saying," corrected Bolduan. "You talked to Trump about it. Did you set him straight?"

"I know what happened," Graham said. "I know that McCain acted responsibly, but the people around him didn't."