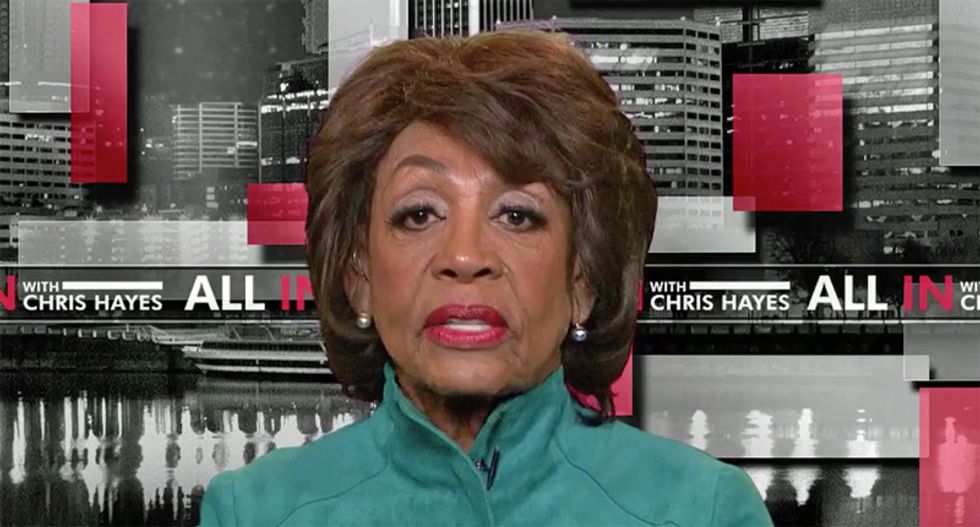 The chair of the House Financial Services committee has new information that President Donald Trump may have used his family foundation to avoid paying taxes.

"Absolutely," Waters replied. "This president has lied about his tax returns."

"He said they were being audited and because of that he could not share them, but he's never intended to share his tax returns, because he knows we're going to find out a lot about him when he does, and the lies he's been telling," she explained.

Then Waters dropped a bombshell of her own.

"What I really want to know is whether or not he performed services that he got paid for, he did not want to pay taxes on them and told people to put the money in the foundation," Waters noted. "I believe there's a lot of evidence on that."

"I've even got calls for people close to this information, sharing it with me and it may be information I give to the Ways and Means Committee," she revealed

"Soon we'll see how to work it, but there's a lot of information about how it was used or misused," Waters added.