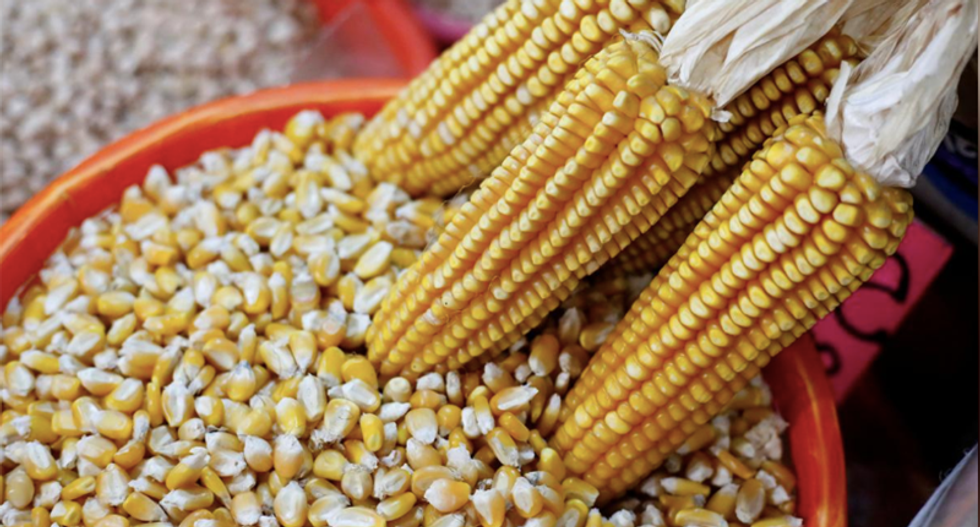 Corn cobs and yellow corn are on display at a market in Mexico City, Mexico May 19, 2017. REUTERS/Henry Romero

Leaders of Mexico’s agricultural sector are urging “mirror measures” on U.S. farm imports in politically sensitive products such as yellow corn and poultry, in an effort they argue would counter decades of subsidized imports from the United States.

The three-month-old government of President Andres Manuel Lopez Obrador is currently working on an updated list of products imported from its northern neighbor on which to possibly apply a second round of tariffs in response to U.S. measures imposed on Mexican steel and aluminum by the Trump Administration last year.

Last June, Mexico imposed tariffs of between 15 and 25 percent on steel products and other U.S. goods, in retaliation for the tariffs applied on the Mexican metals imports that Trump imposed citing national security concerns.

Mexico’s Deputy Minister for Foreign Trade Luz Maria de la Mora told Reuters last week that Mexico is reviewing the list of U.S. products to which former President Enrique Peña Nieto applied reprisals. She said a new list would be set by the end of April if the United States has not withdrawn tariffs on Mexican steel and aluminum before then.

“Yes, there is the lobby, and yes we agree that a mirror policy applies,” Bosco de la Vega, head of Mexico’s National Farm Council, told reporters on Tuesday when asked if Mexican farmers are pushing to include specific U.S. grains, chicken and beef products in the new list.

“The Mexican government knows that the U.S. agricultural sector is what hurts the United States’ government the most,” said de la Vega, pointedly noting that American farmers constitute “President Donald’s hard-core base.”

He said Mexican grains farmers have been “the big losers” during decades of liberalized agricultural trade with the United States.

Lopez Obrador, who took office in December, has pledged to make Mexico self-sufficient in key farm products in which U.S. imports have grown dramatically over the past couple decades, including yellow corn, used mostly by Mexico’s livestock sector.

“Over the past 25 years, the government allowed corn, wheat, sorghum, soy, milk and other products to be imported below production costs,” said Victor Suarez, a deputy agricultural minister.

Suarez added the long-standing policy of previous Mexican governments to allow heavily subsidized U.S. farm products has not yielded lower prices for consumers and should be replaced by a more protectionist policy.