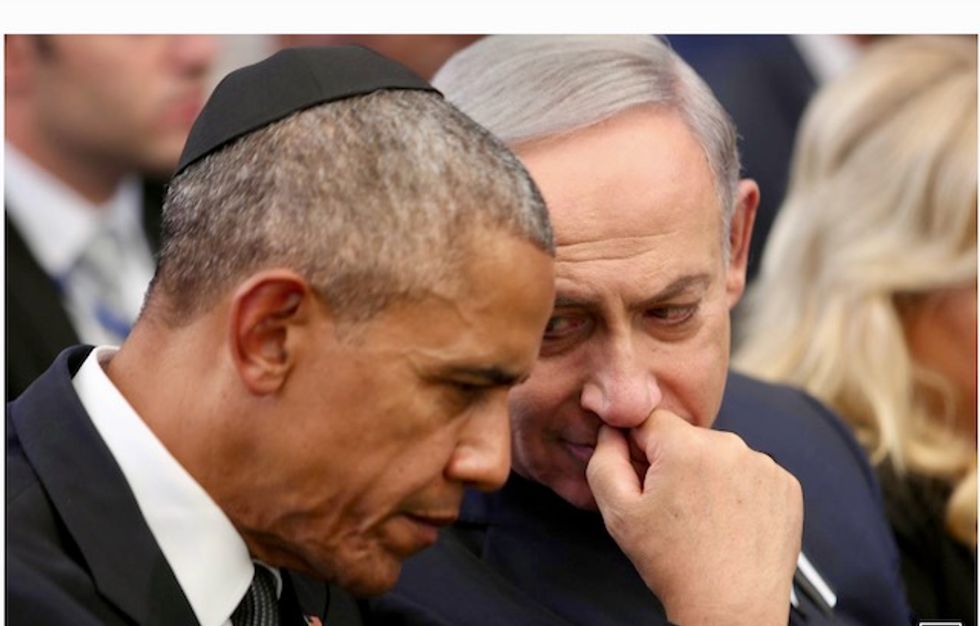 It shows a 2011 Oval Office meeting in which Netanyahu lectured a grim-looking Obama on how the Democrat’s vision of ways to achieve Middle East peace was unrealistic.

“In the face of all pressure, I will always protect our country,” Netanyahu wrote in Hebrew in a caption above the link to the video clip, credited to a 2016 U.S. PBS documentary, on his Facebook page.

At the meeting, Netanyahu insisted Israel would never pull back to its pre-1967 war borders — which would mean big concessions of occupied land — that Obama had said should be the basis for negotiations on creating a Palestinian state.

The White House encounter exposed a deep divide between Netanyahu and Obama, whose efforts to achieve peace between Israel and the Palestinians collapsed in 2014.

In Washington on Monday, Netanyahu was at Trump’s side when the president signed a proclamation recognizing Israeli sovereignty over the occupied Golan Heights, territory that Israel captured from Syria in the 1967 war and annexed in 1981.

A popular figure in Israel, Trump had already broken with long-standing U.S. and international policies when he recognized Jerusalem as Israel’s capital in 2017 and moved the American embassy there from Tel Aviv last May.

Palestinians want East Jerusalem, in Israeli hands since 1967, to be the capital of a state they seek to establish in the occupied West Bank and in the Gaza Strip.