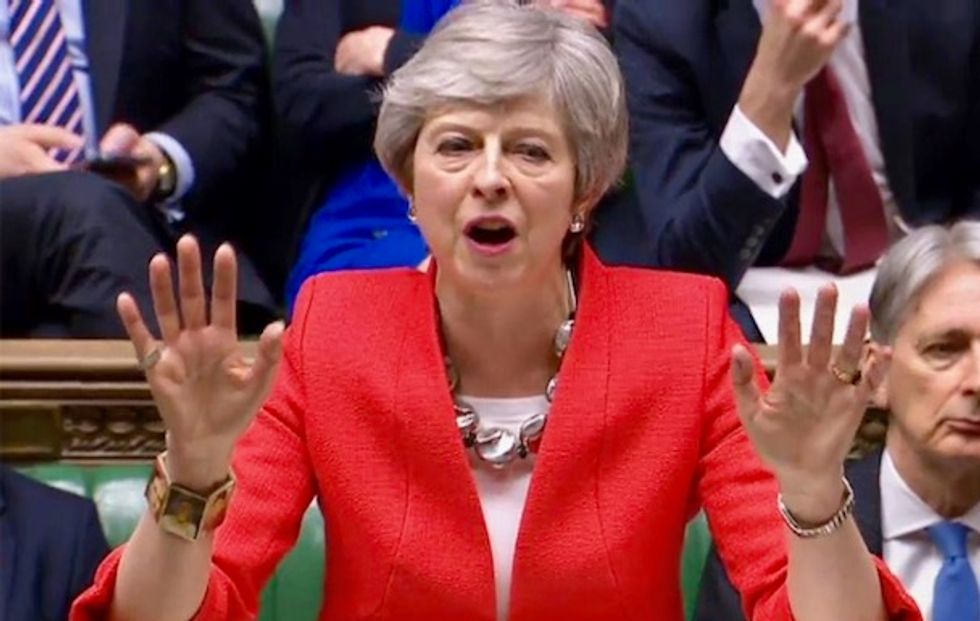 In an unprecedented development and in defiance of the government's wishes, British MPs will on Wednesday pick up pen and paper to state their preferences on possible alternatives to Theresa May's Brexit plan.

Here is how the "indicative votes" procedure will work, as MPs aim to find a way through the political deadlock nearly three years after Britain voted to quit the European Union.

What happens on Wednesday?

MPs voted on Monday night to clear the timetable in the House of Commons from 2:00 pm (1400) on Wednesday, to allow a debate on a number of different Brexit scenarios.

These options will be chosen by Speaker John Bercow on Wednesday from proposals put forward by MPs, likely covering various future trading arrangements with the EU and the issue of a new public vote.

Normally, MPs vote in person on one motion at a time, but organisers were concerned the order of such votes might influence the outcome.

Half an hour is set aside for the ballots to be cast, with the result announced in the Commons at around 9:00 pm.

While the votes are being counted, MPs will debate and vote on the deal agreed with the EU last week to delay Brexit to at least April 12.

The date has already been changed from March 29 in international law but must be changed in UK legislation too.

MPs have twice rejected the withdrawal deal May has negotiated with the EU, and she admitted on Monday she did not yet have the votes needed to try for a third time this week.

With the clock ticking to Brexit day, parliament is tired of waiting.

The decision by MPs to take control of the Commons timetable is unprecedented and sparked outrage in the government, which warned of a "dangerous" precedent.

However, some experts suggest it simply reflects the fact that May cannot command a majority in the Commons.

Will MPs agree a new plan?

May says she is "sceptical" that divided MPs will be able to agree on an alternative Brexit plan, noting that previous efforts to put forward different strategies "produced contradictory outcomes or no outcome at all".

The group of MPs who conceived the idea, led by former minister Oliver Letwin, has acknowledged there may be no decision on Wednesday evening.

They have therefore set out further time for debate in the Commons next Monday, when the most popular options might be whittled down to a final plan.

Will May accept it?

Any votes would not be legally binding on the government and although May promised to engage "constructively" with the process, she has suggested she might ignore them.

"I cannot commit the government to delivering the outcome of any votes held by the House," she said, noting the votes could lead to an outcome that is "unnegotiable with the EU".

However, her government is worried that MPs will ultimately use their new-found control of the Commons timetable to pass legislation that would force May to change her approach.

If she still refused, she would set up a stand-off that could result in parliament declaring it had no confidence in her government.

Can MPs stop a 'no deal' Brexit?

The only thing MPs have agreed on so far -- other than that they dislike May's plan -- is that they do not want to leave the EU without a deal.

However, a no-deal exit is the default position unless Brexit is further delayed -- or undone.

European leaders last week said that if May's deal does not pass by March 29, Britain had until April 12 to "indicate a way forward".