SHOCKING: DHS Secretary Nielsen shows up at House hearing without knowing how many children have been detained 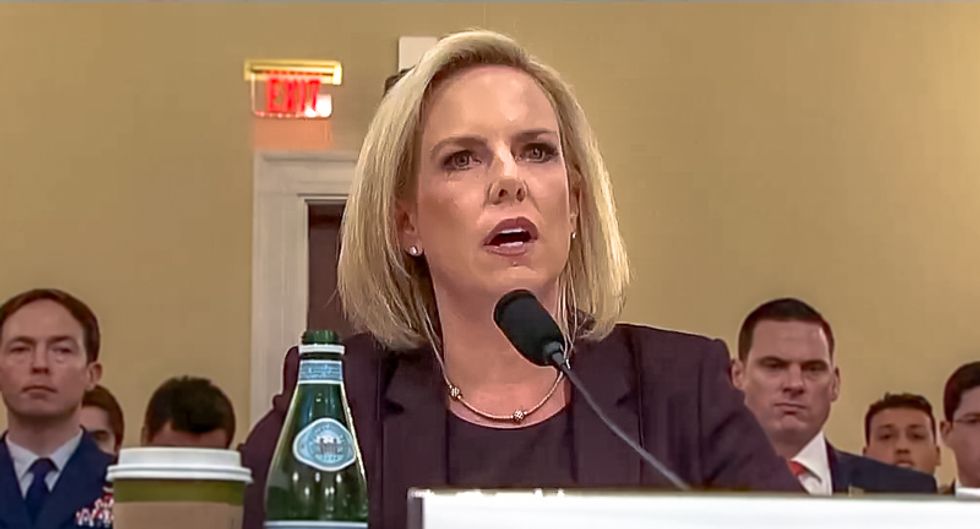 DHS Secretary Kirstjen Nielsen claimed on Wednesday that she did not know how many migrant children had been detained by her department.

During a House Homeland Security hearing, Rep. Sheila Jackson Lee (D-TX) asked the DHS secretary if she knows "how many young people are detained."

"I don't have that number in front of me," Nielsen said.

The Homeland Security secretary said that she would provide the number of children at a later date.