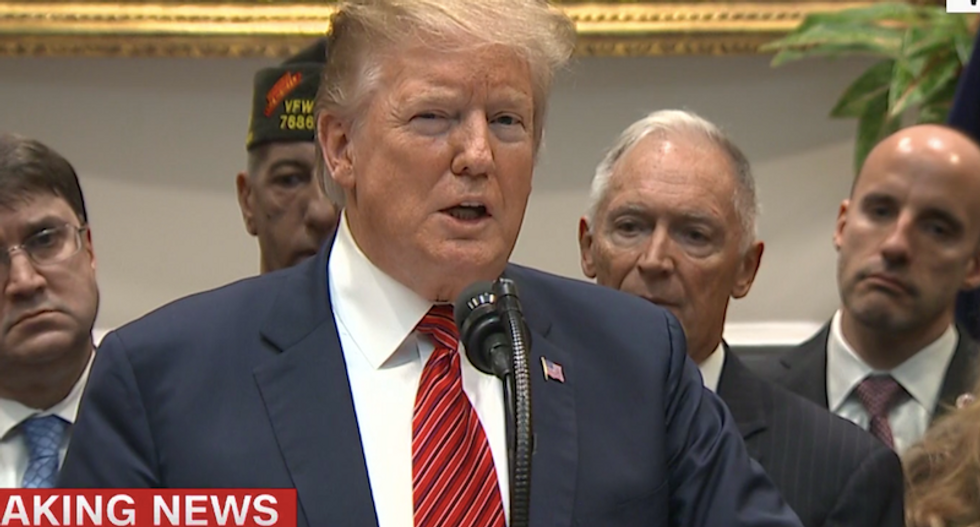 On Tuesday, President Donald Trump addressed the Veteran's Administration, doubling down on claims that Democrats are wasting everyone's time by investigating possible crimes committed by Trump and his associates.

'They just haven't gotten used to the fact that we won a lot of states that Republicans hadn't won in a long time," Trump said about the 2016 election.

"They want to play games," he added.

"It's too bad, I'd rather see them do legislation .... things like infrastructure but they want to focus on nonsense," he concluded. The President refused to take questions.