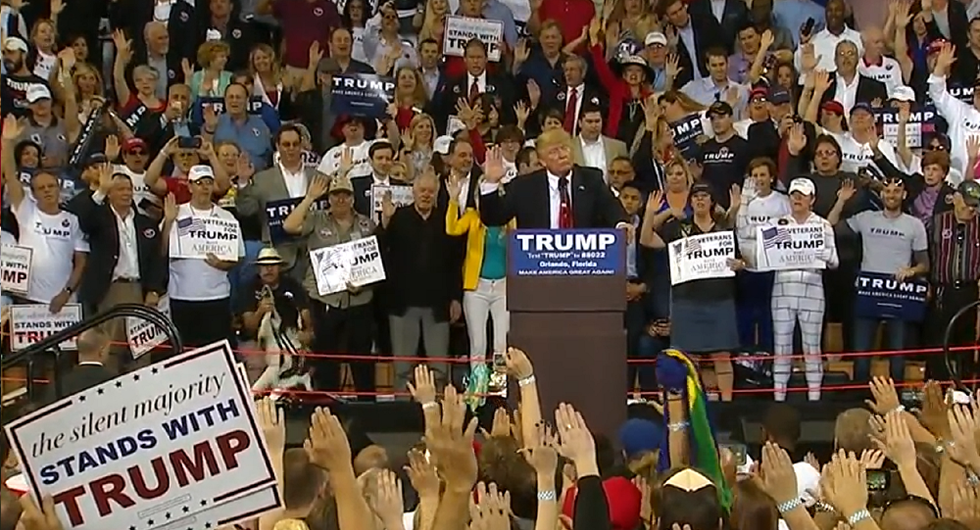 We are about to learn something important about this country. Donald Trump is running for re-election as a flat-out racist and bigot, and we are going to discover who we are as a nation by how many of our fellow citizens vote for him in 2020. Whether Trump wins or not, I’m afraid it’s going to be a bitter, nasty lesson.

It’s hardly worth discussing anymore whether Trump is a racist. After three years of tweeting and screeching his anti-black, anti-woman, anti-Muslim, anti-immigrant, anti-gay, anti-trans, anti-anyone-who-isn’t-a-white-male-just-like-him, Trump’s wide ranging prejudice is a settled issue. He doesn’t even pretend otherwise. It’s the centerpiece of his campaign, practically the whole reason he’s running for a second term.

The Republican Party has surrendered to the racist-in-chief and has become the white people’s party. Support for the president among Republicans runs between 80 and 90 percent. They have almost completely thrown in their lot with him and will turn out in force in 2020. The election has boiled down to a contest between a man who coddles white supremacists and belittles African-Americans, and any Democrat at all willing to stand in opposition to Trump’s hateful mien.

How did we get to be a country with such a disgusting piece of racist, bigoted garbage as our president? It seems incredible to think of now, but there was a time in the not-so-distant past when racism seemed on the wane. I’m not talking about the moment Barack Obama first took office in 2009, when newspaper pages and cable news shows were awash in talk of a “post-racial” America. The time I’m thinking of was back in the 1980s, when I first saw, if not a racial healing, at least a diminishment of racial animus.

I had moved to New Orleans in 1985, and I was spending a good deal of my time in small towns in Louisiana, Mississippi and Arkansas. Sure, you still saw Confederate flag license plates on pickup trucks and hanging from people’s front porches. But the civil rights laws of the 1960s had finally started producing results. African-Americans had been elected to state legislatures across the south, and there were black big city mayors in Atlanta, New Orleans and Birmingham.

But what really got my attention was that I didn’t hear the N-word used in casual conversation among whites nearly as much as I used to hear it down there. From the point of view of someone like me, who had grown up on southern military bases in the 1950s and had seen the worst of Jim Crow in action in the towns just off-post, that made it seem people in the South had come to terms with race, to some degree at least.

And then it all went downhill. Not steeply, but gradually over the next couple of decades. As I visited friends and family in Southern states, I began to hear the N-word used all around me: the woman behind me in line at Walmart saying out loud that she wished those n------s checking out would hurry up; disparaging comments about African-American servers at a McDonald’s “working on n----r time” with an order; references to local black political figures as corrupt and “only in it for the n------s.” There was nothing to explain this except racism that hadn’t diminished but simply gone into hiding.

The election of Barack Obama may have caused discussions about “the end of race” in other parts of the country, but not in the Deep South. Things got worse, not better. White supremacist groups increased in number. Their racism grew more overt; their language got uglier. You started to hear old racial tropes I thought had been put away for good. Black people, especially the Obamas, were referred to or depicted as “monkeys.” Mississippi had a referendum on whether or not to keep the Confederate “Stars and Bars” as part of the state flag, and the vote was “yes” along largely racial lines, even though business groups like the Chamber of Commerce strongly opposed it.

There was money to be made off racism, and talk radio, both local and national, got nastier when it came to race. Rush Limbaugh and his imitators were stoking hatred on their radio talk shows. Callers to the shows frequently had to have their racist language bleeped out. Rush and the boys kept taking the calls without so much as a half-assed apology. Their whole shtick was a wink and a nod to racists: Keep those calls coming, they seemed to say. Keep filling my bank account with your hate.

Donald Trump was listening. “Over the past decade, Trump has spent countless hours honing his feel for the Republican base by listening to right-wing talk radio on his drives,” Axios reported just this week. “Before he became the Republican nominee and got his Secret Service detail, Trump would sometimes just go for a cruise,” Axios reported. "He'd be driven into a TV studio to record an interview and he'd say afterwards, 'Let's drive a couple blocks and listen to the radio.' By radio, he meant right-wing talk shows: Rush, Sean Hannity, sometimes conservative Mark Levin in the evenings, and sometimes provocateur Michael Savage.”

Trump was listening to the resurgence of racism and bigotry in the country, and he wove it into his campaign during 2016, most famously when he announced his candidacy and accused Mexico of “not sending their best. They’re bringing drugs. They’re bringing crime. They’re rapists. And some, I assume, are good people." Soon after, he announced that he wanted to ban all immigration from Muslim countries. He exploited racial themes in his campaign with dog-whistles and approving nods when black protesters were dragged from his rallies, and he reinforced it with his description of “the crime and the gangs and the drugs that have stolen too many lives and robbed our country of so much unrealized potential.” He called it “American carnage.”

Richard Nixon had plowed those fields before Trump, and his voters knew exactly who he was talking about. They cheered wildly. They knew exactly what “build that wall” meant. It wasn’t just a physical barrier on the south border, it was a clarion call to racists and bigots. “I’m one of you,” Trump was saying as he stood at rallies bathed in their hate. “You’re one of us,” the crowds cheered back.

Then came Charlottesville, with its Nazi Party-style torchlight march and calls of “Jews will not replace us,” and Trump responded with his “good people on both sides” dog-whistle. He appeared at a rally in Huntsville, Alabama, where he said of black football players who were taking a knee during the National Anthem, “Wouldn’t you love to see one of these NFL owners, when somebody disrespects our flag, to say, 'Get that son of a bitch off the field right now. Out. He’s fired. He’s fired!'” He hit the anti-NFL player theme again and again. His crowds knew exactly what he was talking about.

He began referring to California Rep. Maxine Waters as “low IQ,” and tweeted attacks on the intelligence of CNN’s Don Lemon and LeBron James: “Lebron James was just interviewed by the dumbest man on television, Don Lemon. He made Lebron look smart, which isn’t easy to do.” The Washington Post noted that after Trump took office, nearly all the people he called “stupid” or belittled their intelligence were African-American. You know who took note. The New York Times was sufficiently alarmed by Trump’s racism that it published an op-ed titled “Trump wants to make America white again.”

By this year, with Trump flying almost weekly to bellow hate to his screeching followers around the country, he had honed his campaign into a promise. I’m not the president of them, he said to his nearly all-white crowds. I’m the president of “you,” white people. It was the old Republican trope about “real Americans” boiled down to its essence.

At this point, Trump has done everything but specifically endorse white supremacy. Following the deadly terrorist attack on two mosques in Christchurch, New Zealand, which killed 50 Muslim immigrants, Trump refused to denounce white supremacy and denied that there has been a rise in white supremacist violent attacks in recent years. The killer in New Zealand approvingly mentioned Trump in the manifesto he published shortly before his murder spree.

Trump didn’t have to do the New Zealand killer the favor of mentioning him by name in return. His base knows where he stands. He calls them “my people” in private conversations with aides in the White House. The question that will be answered over the next 19 months of this presidential election season will be how many there are of them, and how many there are of us.

The race to represent Wisconsin in the U.S. Senate is increasingly focused on the issue of public safety. Republicans and allied groups have spent millions of dollars on ads tying the Democratic candidate, Lt. Gov. Mandela Barnes, to groups that promoted the unpopular slogan “defund the police” and pushed to abolish Immigration and Customs Enforcement (ICE).


The race between Barnes and Republican Sen. Ron Johnson has seen $48 million in outside spending to tilt the scales in the race, according to the Federal Elections Commission. A report from the Wesleyan Media Project found that in the last two weeks, more than 14,000 ads about the two candidates have aired across Wisconsin.

Former President Donald Trump on Monday announced he was suing CNN for a whopping $475 million for purportedly airing "fake news" about him in a civil suit that legal experts widely dismissed as a publicity stunt.

But as Bloomberg News reports, skepticism from the legal community about the lawsuit's chances of success hasn't stopped the former president from using it to raise money from his followers.

After special counsel Robert Mueller was appointed to look into the many ties Trump had with Russia, it was revealed that Kushner was part of several of the piece of the scandal.