The View's Joy Behar: If Trump hugged the flag any closer at CPAC 'he would have to pay it hush money' 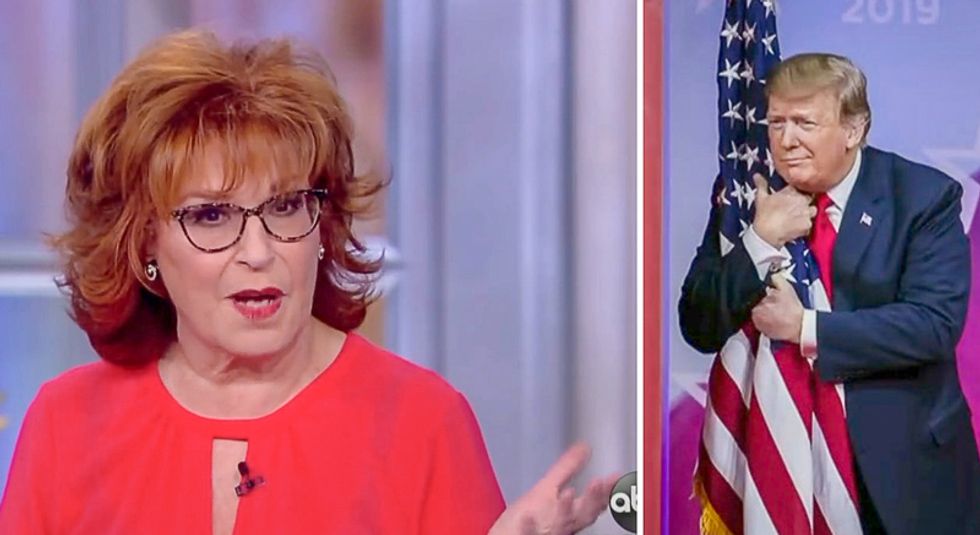 Behar noted that Trump had literally embraced the flag as he walked out on stage to give his speech over the weekend.

"Please, if he hugged that flag any closer he would have to pay it hush money," Behar said, making a reference to Trump's alleged affair with adult film star Stormy Daniels.

"Just when you think he can't get any lower, he gets lower," she added.