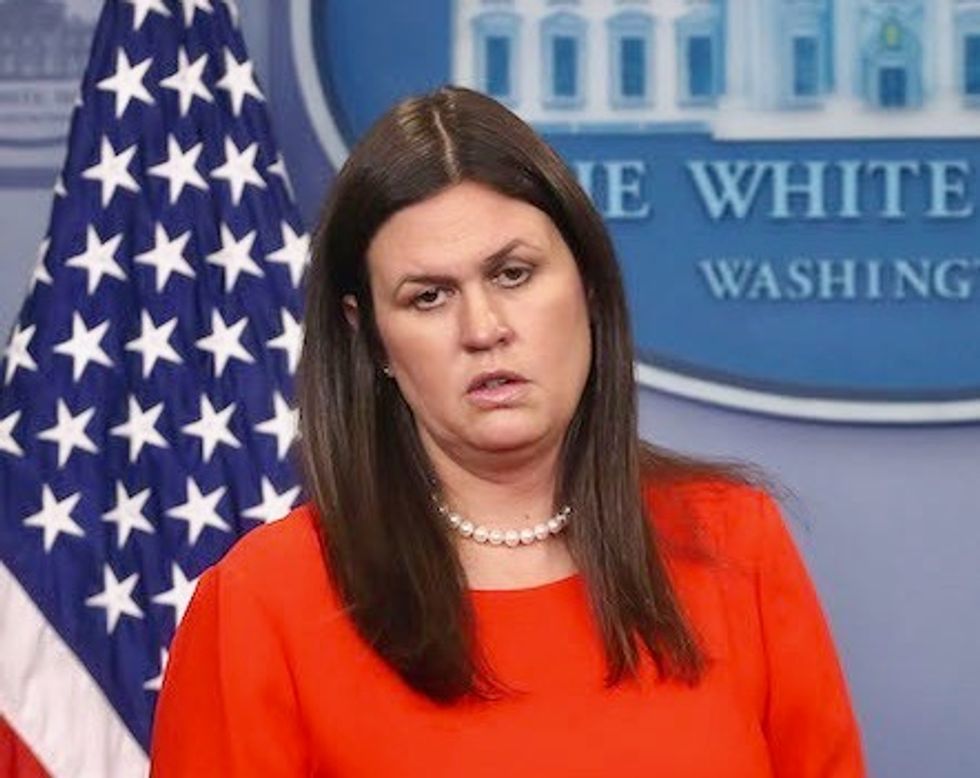 The report recounts the president’s media relations after he fired FBI Director James Comey, and in one devastating portion, it noted:

When a reporter indicated that the “vast majority” of FBI agents supported Corney, Sanders said, “Look, we’ve heard from countless members of the FBI that say very different things. ” Following the press conference, Sanders spoke to the President, who told her she did a good job and did not point out any inaccuracies in her comments. Sanders told this Office that her reference to hearing from “countless members of the FBI” was a “slip of the tongue.” She also recalled that her statement in a separate press interview that rank-and-file FBI agents had lost confidence in Corney was a comment she made “in the heat of the moment” that was not founded on anything.

Kurt Bardella, an op-ed contributor for NBC News, argued that this and other damning details about her lies should prompt her resignation.

“Asked to balance the political needs of Trump with the media’s right to question every decision, every comment and every action taken by the person who is also your boss, Sanders instead lied,” Bardella wrote. “In the process, she tarnished the office of the press secretary and further shredded the traditions of trust that past presidents have painstakingly built.”

Indeed, after this report — and indeed, before it, since she was a well-documented liar before — reporters have no reason to take anything she says seriously. This example is particularly egregious since she was covering up what could constitute a criminal act of obstruction of justice by the president and falsely putting words in the mouths of law enforcement officers. With her credibility thoroughly demolished, she cannot function in her role as press secretary.

.@PressSec Sarah Sanders should resign immediately. Admitting you lie to the press from behind the White House podi… https://t.co/V6regcAWNU
— Max Burns (@Max Burns) 1555606334.0

@PressSec admitted to Mueller she lied to the American people about the FBI. She must resign.
— John Weaver (@John Weaver) 1555608555.0