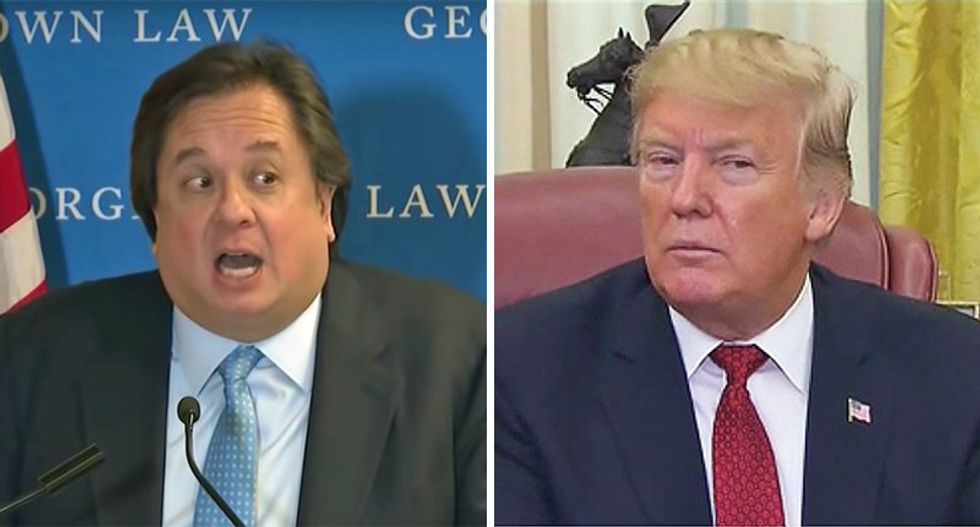 George Conway implored Congress to act in the wake of special counsel Robert Mueller's report and removed President Donald Trump from office in a scathing Thursday night op-ed for the Washington Post.

"White House counsel John Dean famously told Nixon that there was a cancer within the presidency and that it was growing," the husband to senior Trump aide Kellyanne Conway wrote. "What the Mueller report disturbingly shows, with crystal clarity, is that today there is a cancer in the presidency: President Donald J. Trump."

"Congress now bears the solemn constitutional duty to excise that cancer without delay," he added.