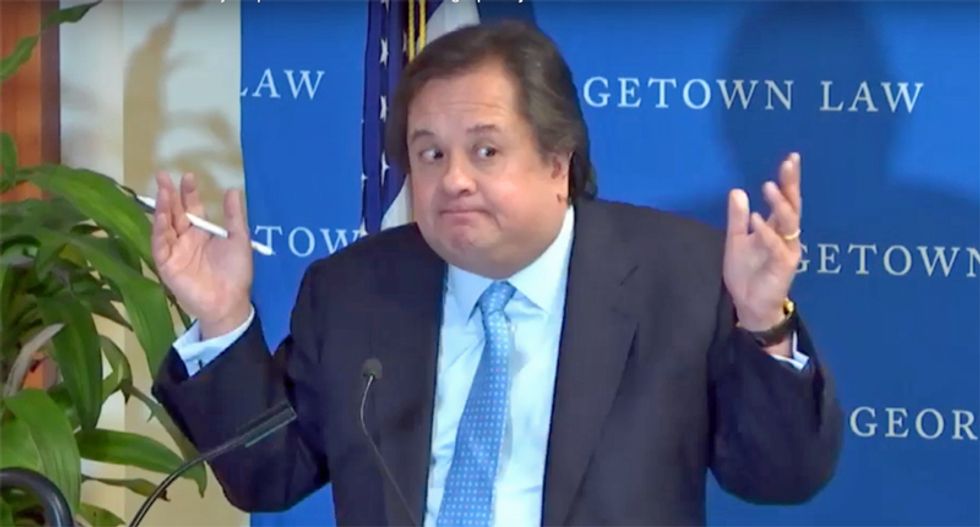 Prominent Republican attorney George Conway predicted on Wednesday that President Donald Trump will expose himself to new charges of obstruction of justice and witness intimidation.

"Team Trump’s bellicose tweets and public statements in the last few days are potentially exposing Trump to fresh charges of witness intimidation, obstruction of justice and impeding a congressional investigation — not to mention giving lawmakers more fodder for their presidential probes — according to Democrats and legal experts," Politico reported on Wednesday.

Conway, who is married to White House counselor Kellyanne Conway, retweeted the story with a note of his own.

"It is risky, stupid, and unlawful," George Conway noted. "It is therefore what they will likely do."