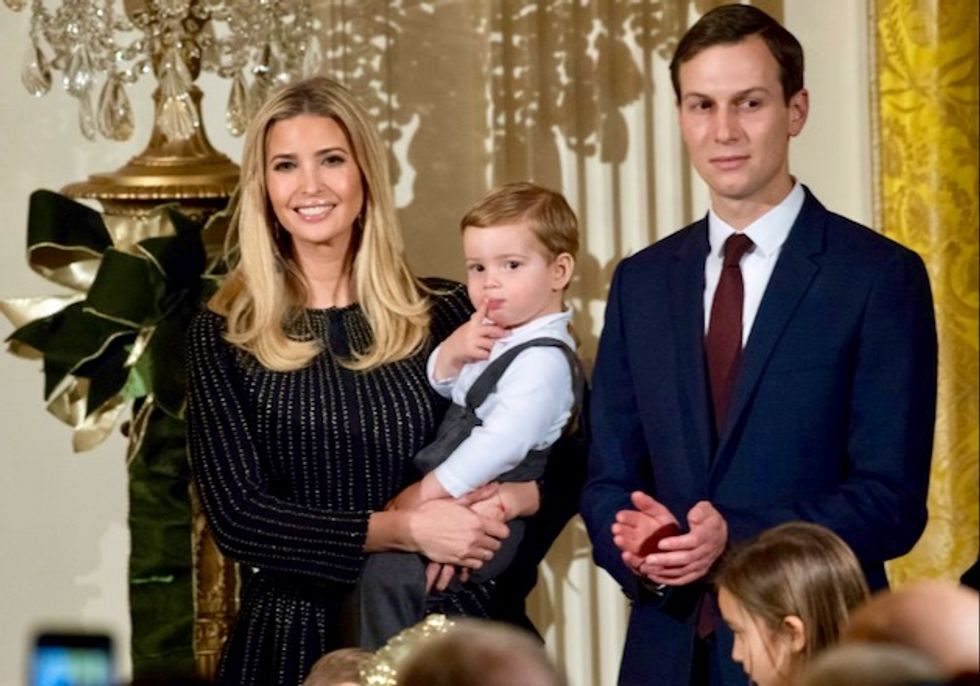 As many had suspected, Jared Kushner is a senior White House official described in documents from the House Oversight Committee that details testimony of a career administration official who has identified serious lapses and vulnerabilities in the current security clearance process, according to a new report from the Washington Post.

The son-in-law and top aide to President Donald Trump has come under scrutiny for failing to pass the initial security clearance review; multiple reports have found that he was only granted a clearance in the end when the president himself overruled everyone else who had refused to do so.

Confirmation that Kushner is “Senior White House Official 1” in the committee’s documents reveals that he was turned down for serious concerns about the following vulnerabilities:

The committee’s newest leads in the investigation arose from whistleblower Tricia Newbold in the White House’s personnel security office. She said she was concerned that many of her determinations that employees were ineligible for security clearances had been overturned outside of the normal process. She said that at least 25 security clearance decisions had been overruled, including that of “Senior White House Official 1.”

Though Newbold has alleged that she has been mistreated at work because of her objections, she continues to work in the office.

We do not yet have more details about what precisely raised red flags in the personnel security office about Kushner. However, public reporting offers many possible explanations. First, Kushner had extensive foreign contacts that he did not initially report in his application for a security clearance — contacts which include his infamous meeting with Donald Trump Jr. and a Russian lawyer promising dirt on Hillary Clinton during the 2016 election. He also has a concerning relationship with the Crown Prince Mohammad bin Salman of Saudi Arabia. In a combination of both foreign contacts and personal business relationships, Kushner may also have been flagged because Qatar appears to have helped bail out one of his most troubled properties.