Sen. Susan Collins has only raised $9,200 this year from Maine voters for her re-election campaign: report 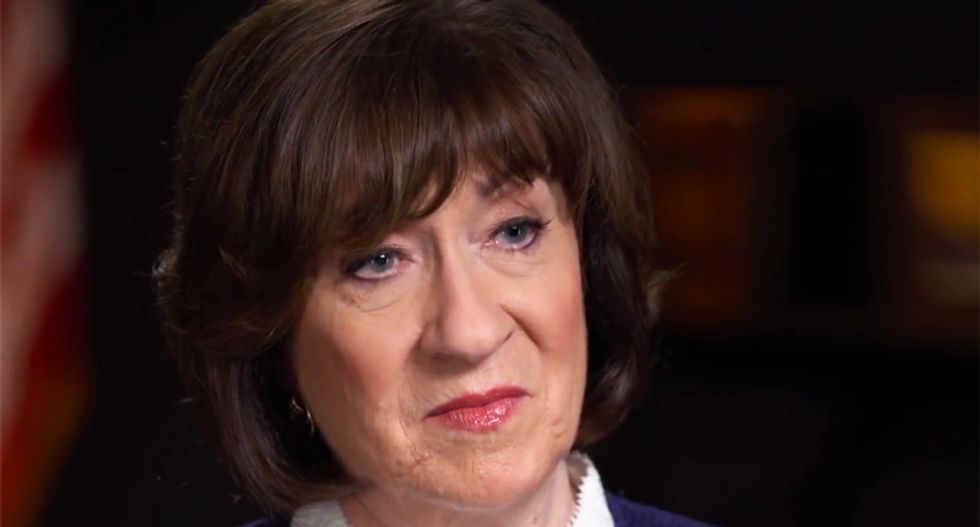 Maine Republican Susan Collins is struggling to get Maine voters to back her run for re-election to the U.S. Senate, Roll Call reports, as the embattled senator is coming up dry when it comes to campaign donations from her constituents.

According to the report, Collins raised more than $1.1 million in contributions during the first three months of 2019, but only a small percentage -- 1 percent to be exact -- of that money came from voters in Maine.

Roll Call reports, "Collins raised $9,200 from 17 itemized donations from Maine during the first three months of 2019. Those came from 15 Pine Tree State residents. Thirteen Mainers gave $200 or more this quarter, while two gave less than $200 this quarter but have given more than $200 to Collins in the aggregate."

By way of comparison, Collins raised far more -- moneywise ($52,000) and percentage wise from Maine voters (41 percent) -- during the same period in 2013 when she ran for re-election.

Collins has become a primary target of Democrats who see her as vulnerable after she cast a deciding vote to put Brett Kavanaugh on the Supreme Court despite allegations of sexual abuse and a belief he will seek to overturn Roe v. Wade.