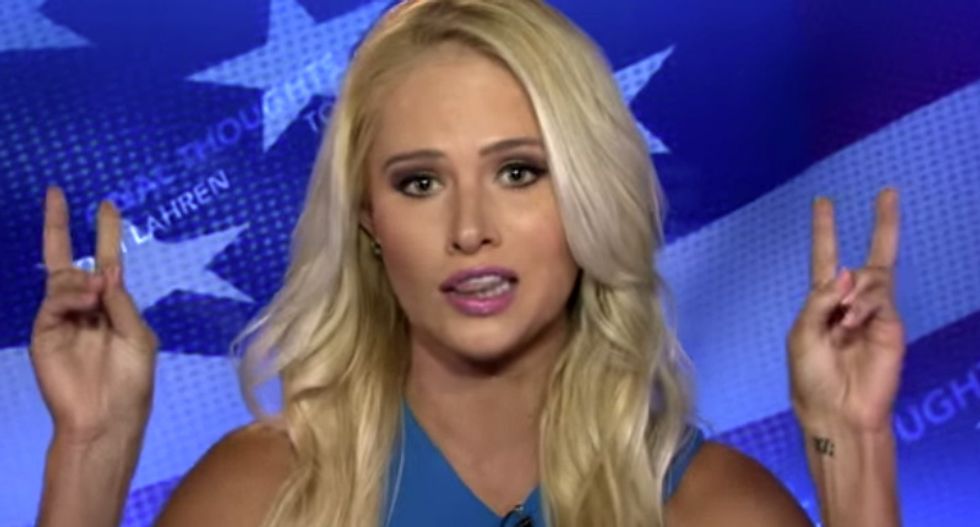 Fox News pundit Tomi Lahren is back – and back making ridiculous accusations. On Tuesday the 26-year old anti-LGBT, racist vlogger took to Twitter to share her "Final Thoughts" on illegal immigration.

Lahren never takes a position without making it a personal attack on her perceived enemies. Every tweet, every appearance is a two-fisted fight with the goal of taking down both the left and what she sees as their policies – even if she's 100% wrong. As long as she belittles Democrats, liberals, progressives, and occasionally Republicans, she apparently considers it a win.

"To all you RINOs who insist this illegal immigration bum-rush isn’t about votes, BS," says Lahren, slamming some unknown, unnamed group of Republicans.

Yes, of course Democrats want to "win every election for the foreseeable future." Because, who doesn't? So it's just a ridiculous statement on its face.

It's only happened four times in history, and two of those times in the past two decades. Something's wrong.

But claiming Democrats want to "make illegal entry as easy as possible," and "allow illegals to vote" are just lies. Pure and simple.

And really dumb lies, as many on social media swarmed together to let her know.

@TomiLahren This has to be one of the dumbest tweets I have read. I am dumber for reading this. I knew you were not… https://t.co/ikwbOKZ6t7
— Tony Posnanski (@Tony Posnanski)1554226952.0

@TomiLahren Huh? Democrats don’t want that at all. Tomi, respectfully... please do some research on the policies be… https://t.co/8towiknLQJ
— Milquetoast (@Milquetoast)1554226953.0