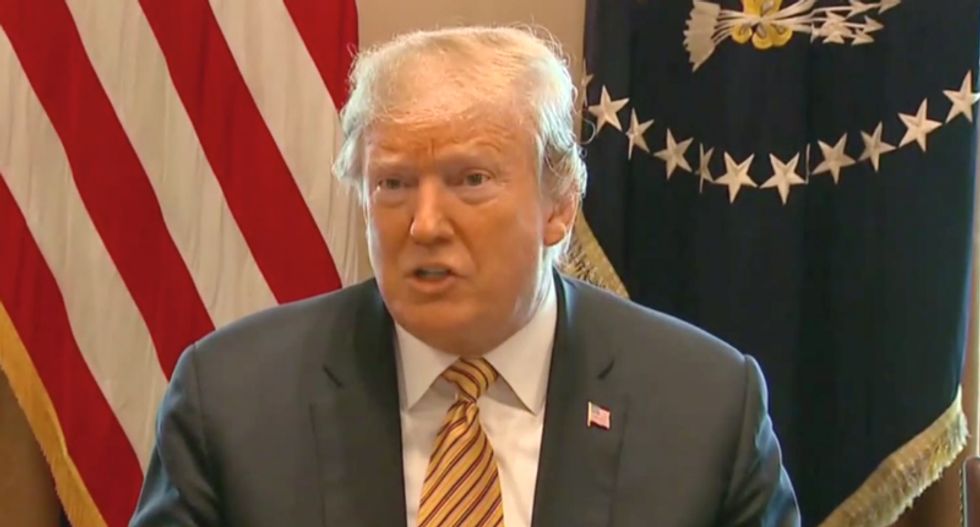 On Saturday morning, President Donald Trump unleashed a tirade on Twitter, ranting about the "Angry Democrats who were true Trump Haters" and "highly conflicted Bob Mueller" who delivered the report on Russia, even as he simultaneously claimed that the report exonerated him:

Despite the fact that the Mueller Report should not have been authorized in the first place & was written as nastil… https://t.co/hSqS7N0TH0
— Donald J. Trump (@Donald J. Trump)1555761209.0

The Fake News Media is doing everything possible to stir up and anger the pols and as many people as possible seldo… https://t.co/lvCYg9Xry8
— Donald J. Trump (@Donald J. Trump)1555761758.0

The end result of the greatest Witch Hunt in U.S. political history is No Collusion with Russia (and No Obstruction). Pretty Amazing!
— Donald J. Trump (@Donald J. Trump)1555762541.0