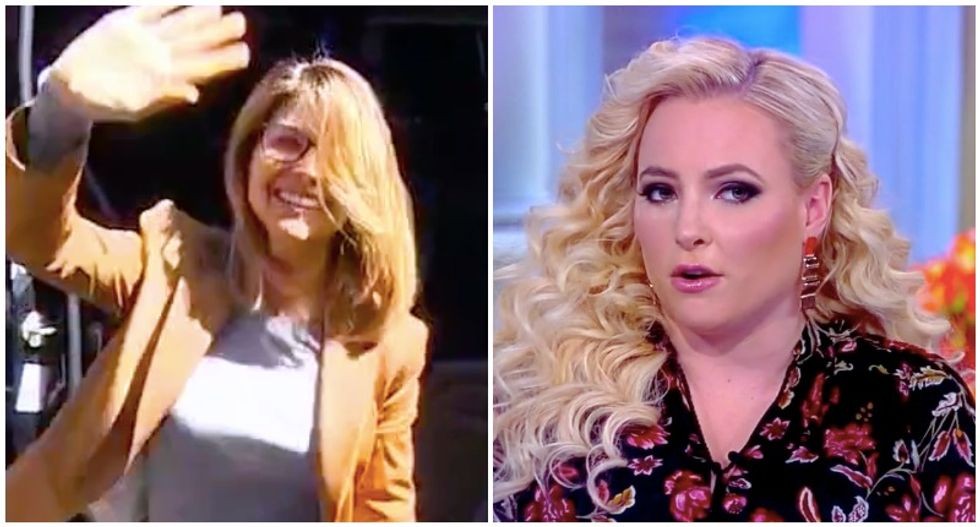 "The View" co-host Meghan McCain ripped actress Lori Loughlin for showing up for her court appearance in a charter bus and posing with fans for photos.

The former "Full House" star was charged along with her husband, actress Felicity Huffman and 47 others as part of a college admissions scam, and she faces up to five years in prison on charges of conspiracy to commit mail fraud and honest services fraud.

"Part of the problem is, she's become the face of everything, culturally, we hate about white privilege," McCain said. "'I can buy my kids' way into college, I can spend $500,000.'"

McCain said Loughlin's behavior was odd and inappropriate, given the circumstances.

"As someone who loves a party bus, she arrived to court in a party bus with her lawyers," McCain said. "I thought that was weird. Then she's getting out and waving and smiling. It's like, you did a heinous crime. We don't know the ramifications, and you're acting like it's a red carpet. It's amazing and so far off from the seriousness of this case, and I think it offended so many people."