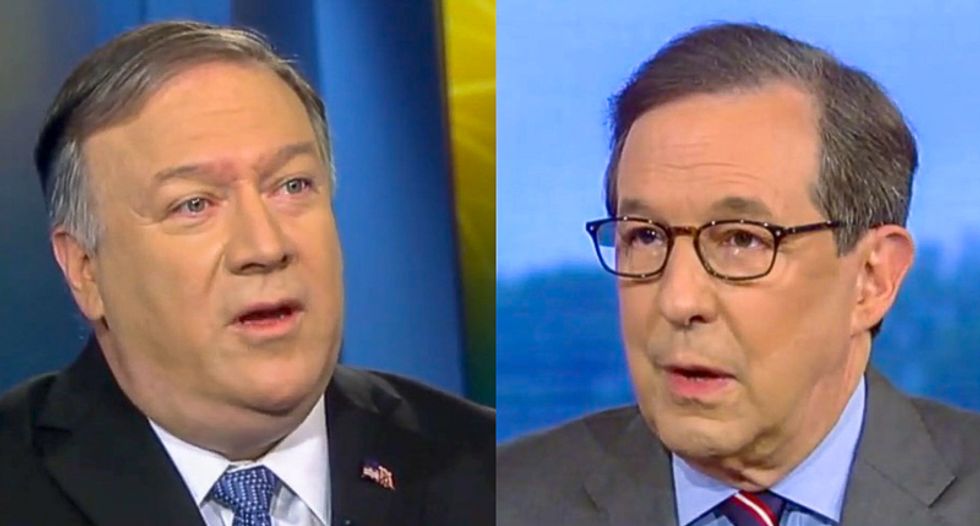 In an interview on Fox News, Wallace noted that Trump had failed to press Putin about election attacks in a recent telephone call.

"The Russian government interfered in the 2016 presidential election in a sweeping and systematic fashion," Wallace explained. "Why doesn’t the president get tough with Putin about what everyone seems to agree is clear meddling in 2016 and the threat of meddling in 2020?"

Pompeo insisted that Trump has been "tougher" on Russia than any administration.

"I don’t get your point. I’m confused," Pompeo said.

"Let me make it," Wallace remarked.

Pompeo interrupted: "You’re looking at the administration that has been tougher on Russia than any of its predecessors and yet you continue to be fixated on something that Robert Mueller wrote down. I struggle with that."

"I'm not fixated about Robert Mueller," Wallace replied. "I'm fixated on the president's conversation with Vladimir Putin and the fact that in the conversation that he doesn't even mention meddling in 2020. And the question I'm asking -- I think it's a legitimate one, a lot of people are asking it, sir -- is, why not?"

"I -- I talk to leaders all the time," Pompeo insisted. "We cover a broad range of subjects. Sometimes conversation just aren't long enough to include every issue might be brought up."

"Your viewers should not be misled, this administration has taken seriously the threat of election interference," the secretary of state added. "And we'll continue to do so."