The 8-Hour Sleep Myth: How I learned that everything I knew about sleeping was wrong 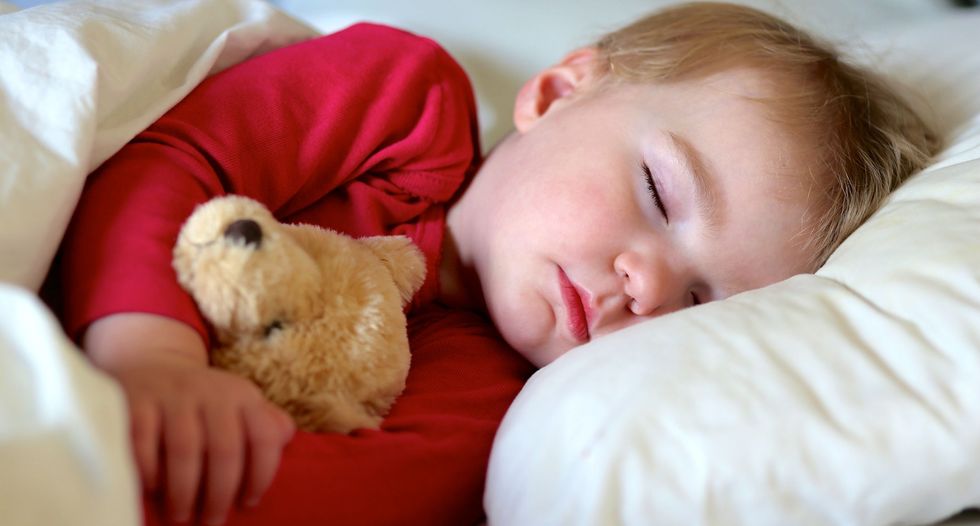 I’ve always been at odds with sleep. Starting around adolescence, morning became a special form of hell. Long school commutes meant rising in 6am darkness, then huddling miserably near the bathroom heating vent as I struggled to wrest myself from near-paralysis. The sight of eggs turned my not-yet-wakened stomach, so I scuttled off without breakfast. In fourth grade, my mother noticed that instead of playing outside after school with the other kids, I lay zonked in front of the TV, dozing until dinner. “Lethargy of unknown cause,” pronounced the doctor.

High school trigonometry commenced at 7:50am. I flunked, stupefied with sleepiness. Only when college allowed me to schedule courses in the afternoon did the joy of learning return. My decision to opt for grad school was partly traceable to a horror of returning to the treadmill of too little sleep and exhaustion, which a 9-to-5 job would surely bring.

In my late 20s, I began to wake up often for a couple of hours in the middle of the night – a phenomenon linked to female hormonal shifts. I’ve met these vigils with dread, obsessed with lost sleep and the next day’s dysfunction. Beside my bed I stashed an arsenal of weapons against insomnia: lavender sachets, sleep CDs, and even a stuffed sheep that makes muffled ocean noises. I collected drugstore remedies -- valerian, melatonin, Nytol -- which caused me "rebound insomnia" the moment I stop taking them.

The Sleep Fairy continued to elude me.

Recently I confessed my problem to the doctor, ashamed to fail at something so simple that babies and rodents can do it on a dime. When I asked for Ambien, she cut me a glance that made me feel like a heroin addict and lectured me on the dangers of “controlled substances.” Her offering of “sleep hygiene” bromides like reserving my bedroom solely for sleep was useless to a studio apartment-dweller.

Conventional medical wisdom dropped me at a dead end. Why did I need to use a bedroom for nothing but sleeping when no other mammal had such a requirement? When for most of history, humans didn’t either? Our ancestors crashed with beasties large and small roaming about, bodies tossing and snoring nearby, and temperatures fluctuating wildly. And yet they slept. How on earth did they do it?

A lot differently than we do, it turns out.

Pursuing the truth about sleep means winding your way through a labyrinth of science, consumerism and myth. Researchers have had barely a clue about what constitutes “normal” sleep. Is it how many hours you sleep? A certain amount of time in a particular phase? The pharmaceutical industry recommends drug-induced oblivion, which, it turns out, doesn’t even work. The average time spent sleeping increases by only a few minutes with the use of prescription sleep aids. And -- surprise! -- doctors have just linked sleeping pills to cancer.  We have memory foam mattresses, sleep clinics, hotel pillow concierges, and countless others strategies to put us to bed. And yet we complain about sleep more than ever.

The blame for modern sleep disorders is usually laid at the doorstep of Thomas Edison, whose electric light bulb turned the night from a time of rest to one of potentially endless activity and work. Proponents of the rising industrial culture further pushed the emphasis of work over rest, and the sense of sleep as lazy indulgence.

But there’s something else, which I learned recently while engaged in a bout of insomnia-driven Googling. A Feb. 12, 2012 article on the BBC Web site, “The Myth of the 8-Hour Sleep,” has permanently altered the way I think about sleep. It proclaimed something that the body had always intuited, even as the mind floundered helplessly.

Turns out that psychiatrist Thomas Wehr ran an experiment back in the ‘90s in which people were thrust into darkness for 14 hours every day for a month. When their sleep regulated, a strange pattern emerged. They slept first for four hours, then woke for one or two hours before drifting off again into a second four-hour sleep.

Historian Roger Ekirch of Virginia Tech would not have been surprised by this pattern. In 2001, he published a groundbreaking paper based on 16 years of research, which revealed something quite amazing: humans did not evolve to sleep through the night in one solid chunk. Until very recently, they slept in two stages. Shazam.

In his book At Day's Close: Night in Times Past, Ekrich presents over 500 references to these two distinct sleep periods, known as the “first sleep” and the “second sleep,” culled from diaries, court records, medical manuals, anthropological studies, and literature, including The Odyssey. Like an astrolabe pointing to some forgotten star, these accounts referenced a first sleep that began two hours after dusk, followed by waking period of one or two hours and then a second sleep.

This waking period, known in some cultures as the “watch," was filled with everything from bringing in the animals to prayer. Some folks visited neighbors. Others smoked a pipe or analyzed their dreams. Often they lounged in bed to read, chat with bedfellows, or have much more refreshing sex than we modern humans have at bedtime. A 16th-century doctor’s manual prescribed sex after the first sleep as the most enjoyable variety.

But these two sleeps and their magical interim were swept away so completely that by the 20th century, they were all but forgotten.

Historian Craig Koslofsky delves into the causes of this massive shift in human behavior in his new book, Evening's Empire. He points out that before the 17th century, you’d have to be a fool to go wandering around at night, where ne’er-do-wells and cutthroats lurked on pitch-black streets. Only the wealthy had candles, and even they had little need or desire to venture from home at night. Street lighting and other trends gradually changed this, and eventually nighttime became fashionable and hanging out in bed a mark of indolence. The industrial revolution put the exclamation point on this sentence of wakefulness. By the 19th century, health pundits argued in favor of a single, uninterrupted sleep.

We have been told over and over that the eight-hour sleep is ideal. But in many cases, our bodies have been telling us something else. Since our collective memory has been erased, anxiety about nighttime wakefulness has kept us up even longer, and our eight-hour sleep mandate may have made us more prone to stress. The long period of relaxation we used to get after a hard day’s work may have been better for our peace of mind than all the yoga in Manhattan.

After learning this, I went in search of lost sleep.

“Even a soul submerged in sleep

is hard at work and helps

make something of the world.”

What intrigued me most about the sleep research was a feeling of connection to ancient humans and to a realm beyond clock-driven, electrified industrial life, whose endless demands are more punishing than ever. Much as Werner Herzog’s documentary Cave of Forgotten Dreams pulls the viewer into the lives of ancient cave dwellers in southern France who painted the walls with marvelous images, reading about how our ancestors filled their nights with dream reflection, lovemaking and 10-to-12 hour stretches of down-time produced a strange sense of intimacy and wonder.

I’m a writer and editor who works from home, without children, so I’ve had the luxury, for the last couple of weeks, of completely relinquishing myself to a new (or quite old) way of sleeping. I’ve been working at a cognitive shift – looking upon early evening sleepiness as a gift, and plopping into bed if I feel like it. I try to view the wakeful period, if it should come, as a magical, blessed time when my email box stops flooding and the screeching horns outside my New York window subside.

Instead of heading to bed with anxiety, I’ve tried to dive in like a voluptuary, pushing away my guilt about the list of things I could be doing and letting myself become beautifully suspended between worlds. I’ve started dimming the lights a couple of hours after dusk and looking at the nighttime not as a time to pursue endless work, but to daydream, drift, putter about, and enter an almost meditative state.

The books I’ve been reading in the evening hours have been specially chosen as a link to dreamy ruminations of our ancestor’s “watch” period. Volumes like Norman O. Brown’s Love’s Body or Eduardo Galeano’s Mirrors provide the kind of reflective, incantatory experience the nighttime seems made for. Freud’s Interpretation of Dreams would be another excellent choice, and I know from experience that reading it before bedtime triggers the most vivid mental journeys.

In sleep, we slip back to a more primitive state. We go on a psychic archaeological dig. This is part of the reason that Freud proclaimed dreams to be the royal road to the unconscious and lifted his metaphors from the researchers who were sifting through the layers of ancient history on Egyptian digs, uncovering relics and forgotten memories. Ghosts flutter about us when we lie down to rest. Our waking identities dissolve, and we become creatures whose rhythms derive from the moon and the seas much more than the clock and the computer.

As we learn more, we may realize that giving sleep and rest the center stage in our lives may be as fundamental to our well-being as the way we eat and the medicines that cure us. And if we come to treasure this time of splendid relaxation, we may have much more to offer in the daytime hours.