President Donald Trump seems to have forgotten that he is the reason the special counsel's investigation was called by his own Department of Justice and Democrats had nothing to do with the investigations.

In a Sunday of misspelled Twitter rants, Trump proclaimed his economy was the best in the world and of all time.

However, he claimed, "they have stollen [sic] two years of my (our) Presidency (Collusion Delusion) that we will never be able to get back....."

Trump firing FBI Director James Comey and telling NBC's Lester Holt that it was due to the FBI's counterintelligence investigation about Russian intrusion, triggered the special counsel's appointment from Trump's own appointees.

UPDATE: Trump's team corrected the spelling mistake but not before Raw Story was able to capture it. 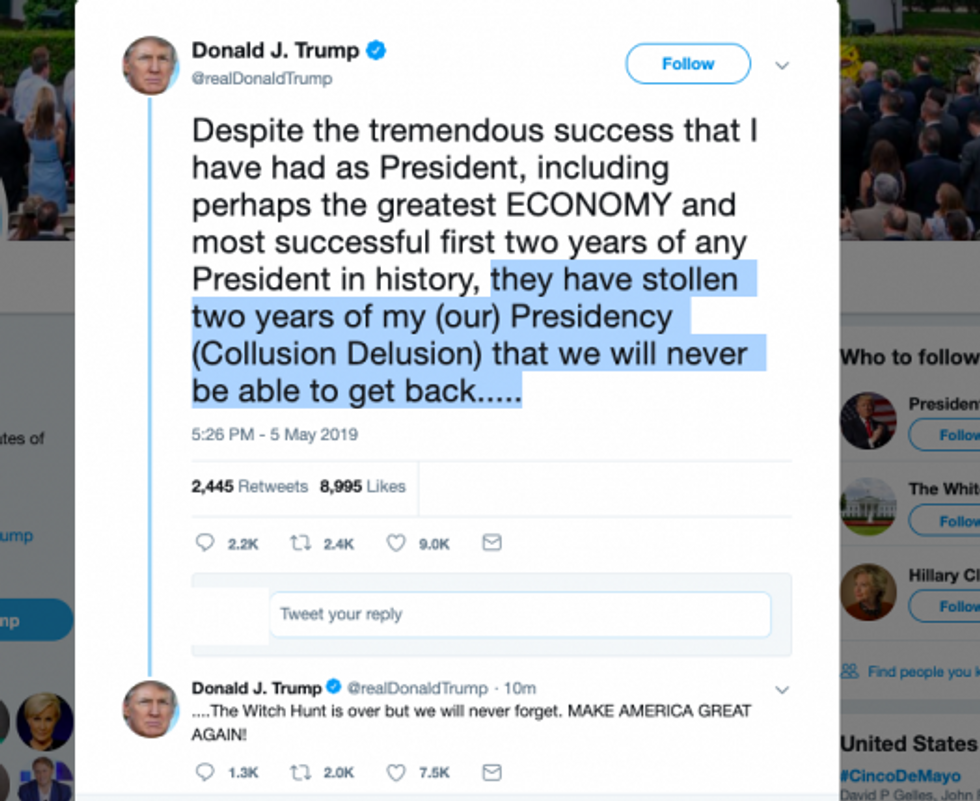