Trump goes off on Fox News for interviewing Pete Buttigieg 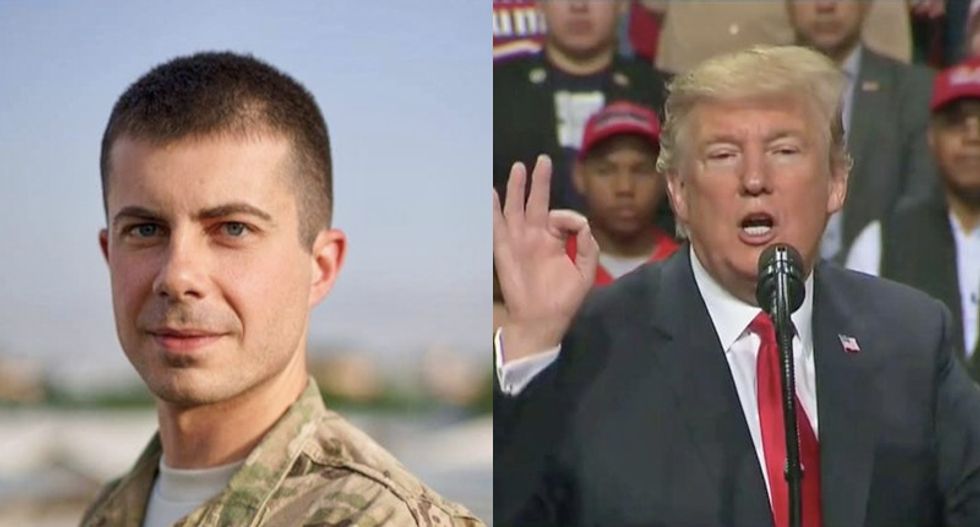 President Donald Trump unleashed on Fox Newsman Chris Wallace for having the temerity to ask another presidential candidate questions ahead of the 2020 election.

"Hard to believe that @FoxNews is wasting airtime on Mayor Pete, as Chris Wallace likes to call him. Fox is moving more and more to the losing (wrong) side in covering the Dems. They got dumped from the Democrats boring debates, and they just want in," Trump tweeted Sunday. "They forgot the people who got them there. Chris Wallace said, “I actually think, whether you like his opinions or not, that Mayor Pete has a lot of substance...fascinating biography.” Gee, he never speaks well of me - I like Mike Wallace better...and Alfred E. Newman will never be President!"

It's unclear whether Trump believes he should be the only person talked about on Fox News or that the network should listen to his judgment on all news reporting.