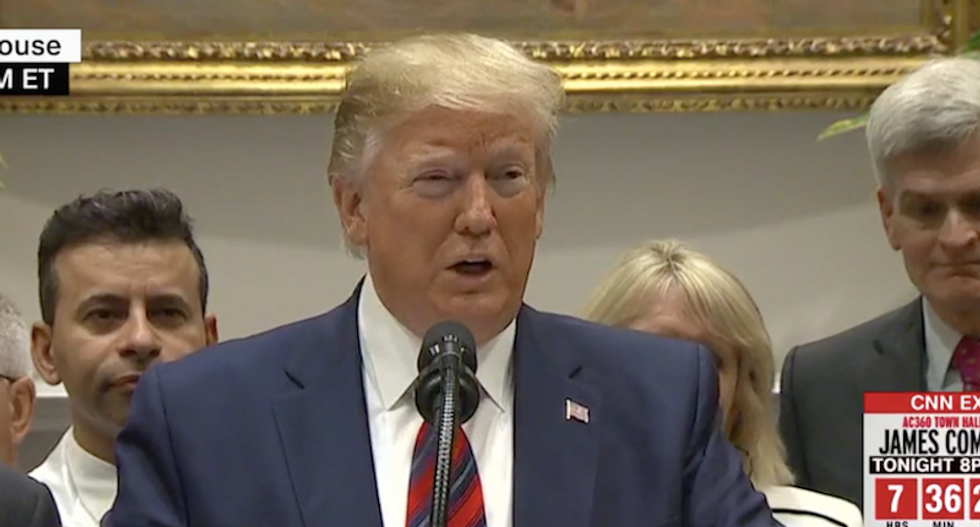 On Thursday, President Donald Trump gave a rambling press conference in which he once again tried to undermine special counsel Robert Mueller's investigation.

Trump cited multiple alleged conflicts of interest, including the falsehood that Mueller was compromised because he and former FBI Director James Comey -- who is set to appear on CNN tonight. -- were "best friends."

He also said there were "thousands" of photos of the two men together.