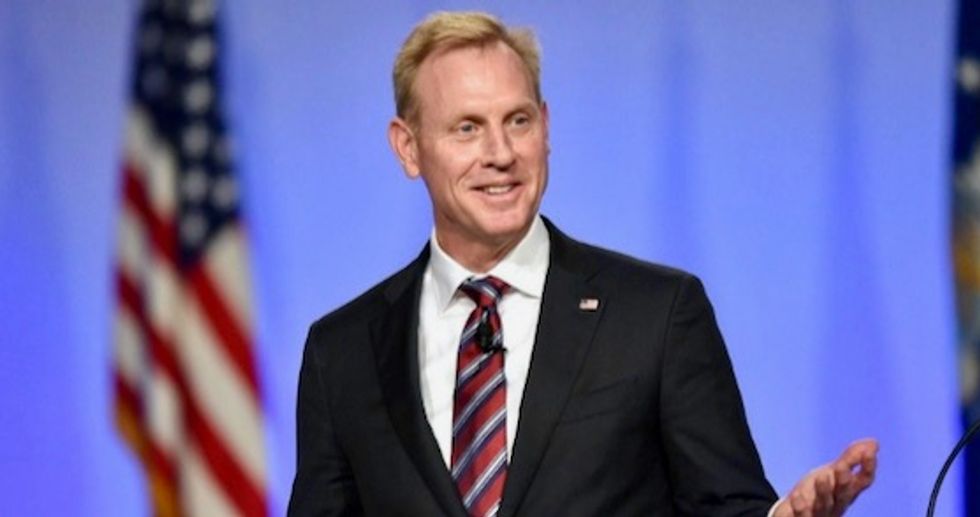 Shanahan worked at Boeing, one of the world's largest defense contractors, for more than 30 years before joining the Trump administration

In a move critics warned could further deepen the ties between the sprawling and immensely profitable private weapons industry and the U.S. government, the White House announced Thursday that President Donald Trump will nominate former Boeing executive Patrick Shanahan to head the Pentagon.

"Conflict of interest? Boeing is already the second-largest recipient of private contracts from the U.S. military."

Shanahan has been serving as acting secretary of defense since the departure of former Pentagon chief Jim Mattis in January.

"When Patrick Shanahan was selected by Trump for a Pentagon post," The Nation's John Nichols tweeted Thursday in response to Shanahan's nomination, the Seattle Times wrote: 'Shanahan, 54, has no military or political experience. He is, however, familiar with defense procurement from the business side.' Very, very familiar."

In a column last year, Nichols described Shanahan—who worked at Boeing for 31 years before becoming Trump's deputy defense secretary—as "the embodiment of the military-industrial complex."

"His main claim to fame in the deputy post was his ardent advocacy for Trump's 'space force' scheme," Nichols wrote. "So what experience does Shanahan have? He is, literally and figuratively, the embodiment of the military-industrial complex about which former President Dwight Eisenhower warned Americans at the close of his presidency in 1961."

As NBC reported, Trump's decision to nominate Shanahan—who must be confirmed by the Senate—comes "just weeks after the Pentagon's internal watchdog cleared the longtime former Boeing executive of allegations he provided his old employer... with preferential treatment. Shanahan was accused of pushing Boeing fighter jets on the Air Force and Marines."

The National Priorities Project (NPP) highlighted Shanahan's potential conflicts of interest in a series of tweets following news of his nomination.

"Last year, the average taxpayer paid $102 for contracts with Boeing, " the group noted, "compared to just $40 for public housing and homeless assistance."

This work is licensed under a Creative Commons Attribution-Share Alike 3.0 License
Report typos and corrections to: corrections@rawstory.com.
Like this article ? Text `Support` to 50123 to donate.
READ COMMENTS - JOIN THE DISCUSSION