US, Russia butt heads over Venezuela 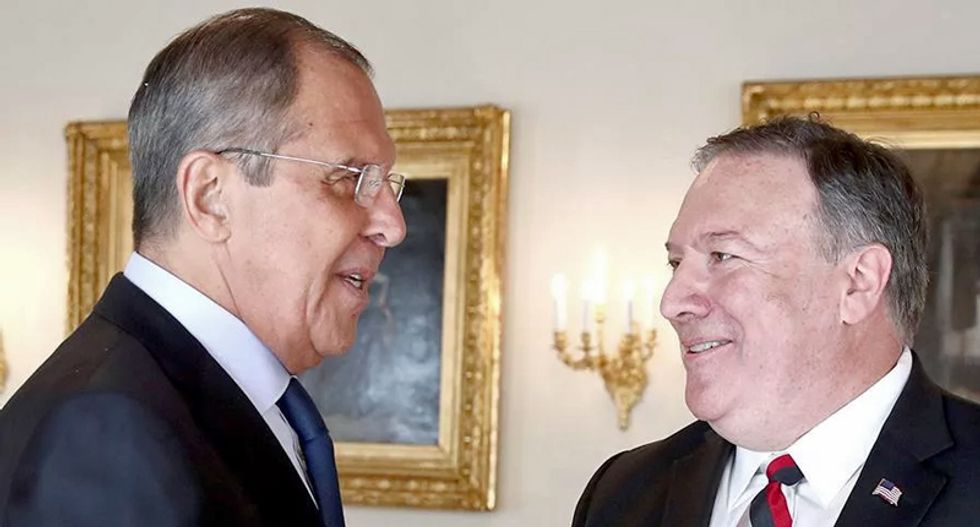 US Secretary of State Mike Pompeo pressed Sunday for Russia to get out of Venezuela, while his Russian counterpart, Sergei Lavrov, called on Washington to "abandon its irresponsible plans" in the crisis-wracked country.

The push and shove set the stage for a Pompeo meeting with Lavrov in Finland this week, and belied the conciliatory tone taken by US President Donald Trump on Friday after what he said was "a very good conversation" with Russian President Vladimir Putin.

The top level contacts follow the failure of a US-backed uprising on Tuesday aimed at ousting Venezuela's President Nicolas Maduro, which Pompeo has blamed on Russia.

Diosdado Cabello, the head of the Constituent Assembly, said the powerful pro-Maduro body would strip legislative immunity from opposition lawmakers who backed the uprising.

Pompeo has said Maduro had been ready to flee to Havana but the Russians, who had flown military advisers to Caracas to shore up his socialist government, talked him out of it.

"The Russians must get out," Pompeo told ABC television's "This Week."

Trump undercut Pompeo's position on Friday, telling reporters that Putin had assured him "he is not looking to get involved in Venezuela other than he'd like to see something positive happen for Venezuela."

"And I feel the same way," Trump added.

Asked about those comments, Pompeo said: "I didn't see the full context of those quotes."

In Moscow, Lavrov met with Venezuelan Foreign Minister Jorge Arreaza and pushed back against Washington.

"We call on the Americans, and all those supporting them, to abandon their irresponsible plans and to act exclusively within the boundaries of international law," Lavrov said.

Washington has given full-throated backing to opposition leader Juan Guaido, who tried but ultimately failed to ignite the anti-Maduro military uprising.

Guaido, who is recognized by more than 50 countries including the US as Venezuela's legitimate interim president, acknowledged that he fell short.

"Maybe because we still need more soldiers, and maybe we need more officials of the regime to be willing to support it, to back the constitution," Guaido told The Washington Post. "I think the variables are obvious at this point."

He has tried to keep up the pressure with street protests, but his latest call for demonstrations Saturday drew only several hundred people.

"But Maduro can't feel good. He's ruling for the moment but he can't govern," he said. "This is someone who cannot be part of Venezuela's future."

Maduro, meanwhile, appeared at a military exercise on Saturday with Defense Minister Vladimir Padrino, who top US officials had said was in on the attempted uprising but backed out.

"I told the generals and admirals yesterday: loyalty, I want an active loyalty," Maduro said in a speech to some 5,000 troops that was broadcast nationally on radio and television.

"I trust you, but keep your eyes open, a handful of traitors cannot tarnish the honor, the unity, the cohesion and the image of the armed forces," he said.

He also called on the troops to be "ready" for potential US military action.

Pompeo said a "full range of options" are being prepared for Trump. So far, US efforts have focused on diplomatic and economic pressure on Caracas.