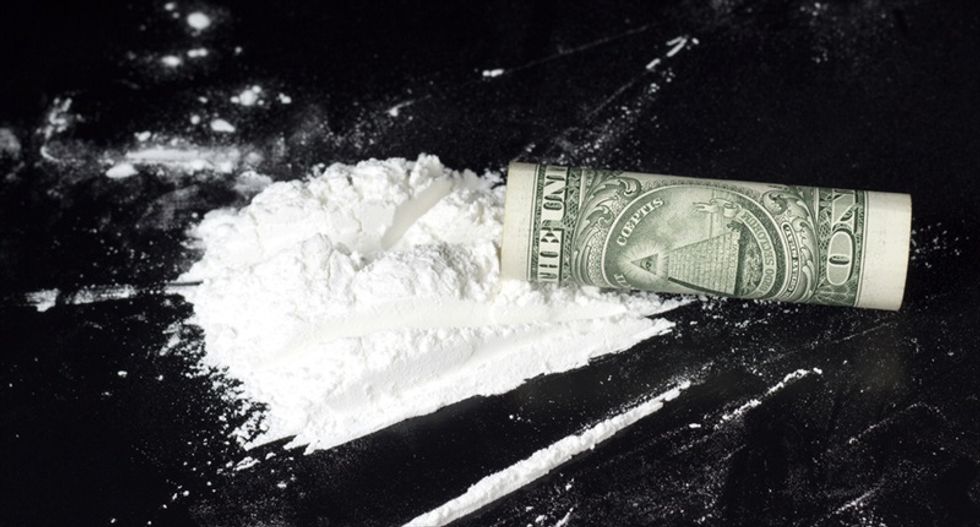 Global cocaine production reached an all-time high in 2017, breaking the previous year's record by 25 percent, the UN drugs and crime agency said Wednesday in its annual report, as production soars in post-conflict Colombia.

New remote fields and criminal gangs boosted production in the world's top supplier, despite efforts to steer rural communities away from coca cultivation following a peace deal with FARC rebels.

"Of course it's bad news every time. It's bad news for the producing countries... What is happening in Columbia is worrisome," said Angela Me, chief of research of the Vienna-based United Nations Office on Drugs and Crime (UNODC).

The report said the jump in production "was mainly driven by increases in cocaine manufacture in Colombia, which produced an estimated 70 per cent of the world's cocaine".

In the decade to 2017, there was a 50 percent increase in manufacture, reaching a record 1,976 tons two years ago, according to the report, which bases its figures on national monitoring systems.

Over the same 10-year period, the amount of cocaine seized worldwide rose by 74 percent.

In 2017, authorities across the globe intercepted a record quantity of the drug: in all 1,275 tons were seized, up 13 percent year-on-year.

"This suggests that law enforcement efforts have become more effective and that strengthened international cooperation may be helping to increase interception rates," the report said.

Almost 90 percent of seizures were in the Americas, with Colombia alone intercepting 38 percent of the global total in 2017.

Cocaine production in some central areas of Colombia dropped following the 2016 peace deal with the former Revolutionary Armed Forces of Colombia, or FARC, as farmers were offered alternatives to growing coca bush.

But the report said Colombia has since seen more coca cultivation, with new fields -- often far away from major cities -- being planted and criminal groups moving into areas previously controlled by the rebels.

The report gave 2018 figures for global opium production, which had soared to a record in 2017.

It said drought in Afghanistan had helped spur a drop in output by 25 percent to some 7,790 tons in 2018, adding that previous years' overproduction had likely also knocked prices.

UNODC also sharply hiked its estimates of how many people suffer from drug use disorders and need treatment, after it ran surveys in populous India and Nigeria.

"A lot more people need treatment than we previously thought... Six out of seven don't receive the treatment they need," Me said, adding the organisation could revise its numbers again were it given access to data from China.

UNODC estimates that there were 53.4 million opioid users worldwide in 2017, up 56 percent from the 2016 estimate due to the surveys from India and Nigeria.

While fentanyl and its analogues remained the key problem in North America, tramadol is besetting West, Central and North Africa.

Cannabis remains the most widely used drug worldwide with an estimated 188 million people using it, the report said.