Most US drug arrests involve a gram or less 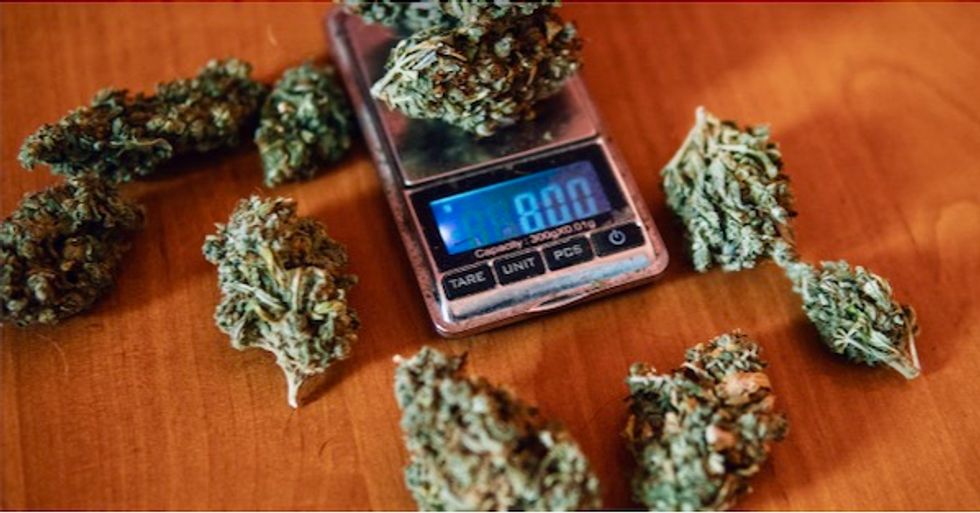 Less than one percent of state and local drug arrests involve amounts over a kilogram. content_creator/Shutterstock.com

In the long-running television drama “Breaking Bad,” viewers watched the moral devolution of Walter White, a cancer-stricken high school chemistry teacher who tried to provide for the financial future of his family by cooking methamphetamine. He changed from a good man caught in a bad situation into a sociopathic offender who ruled over a crystal meth empire.

U.S. drug laws are designed as if every offender was a dedicated criminal like Walter White, treating the possession or sale of even small quantities of illegal drugs as a serious crime requiring serious punishment.

I have studied the war on drugs for a number of years. Last December, my colleagues and I published a study on U.S. drug arrests, showing that roughly two out of every three arrests by state and local law enforcement target small-time offenders who are carrying less than a gram of illegal drugs.

Looking at the numbers

Virtually all states treat as felonies the sale of any amount of illegal drugs. The thinking behind these laws is that you cannot catch the big fish without catching some minnows as well.

Many states also treat the mere possession of any amount of a hard drugs, such as cocaine, heroin or meth/amphetamine, as a felony.

Both data sets are relatively small and somewhat limited. The prisoner surveys make no effort to verify prisoners’ descriptions of their crimes, and the traffic stop data deals with only drugs found in cars.

Yet comprehensive data on drug quantities in arrests does exist. The FBI’s National Incident-Based Reporting System collects this information. NIBRS only began in the early 1990s though, and it is a voluntary reporting program. Police departments do not have to submit data, and most do not. As of 2003, about 20% of police agencies from 29 different states reported data.

We wanted to find out how often the police made arrests involving large quantities of drugs. To make things manageable, we narrowed our study to three evenly spaced years, 2004, 2008 and 2012. The resulting data set contained over a million cases, with usable data found in over 700,000 cases.

We believe our study is the most comprehensive study of drug arrest quantity undertaken to date. Some previous studies make assumptions about quantity based on whether the person was arrested for simple possession as opposed to possession for sale, but ours was the first study to use NIBRS numbers on drug quantity in a comprehensive way.

Our study found that, by and large, state and local police agencies are arresting small fish, not big ones.

Two out of three drug offenders arrested by state and local law enforcement possess or sell a gram or less at the time of arrest. Furthermore, about 40% of arrests for hard drug are for trace amounts – a quarter of a gram or less.

Because possessing any amount of a hard drug and selling any illegal drug is a felony in virtually every state, the small size of these quantities matter. They suggest that very minor offenders face felony liability. Felony convictions make it difficult for ex-offenders to secure good jobs. They carry many other harmful collateral consequences.

There are few truly big, or even medium-sized, offenders in the remaining arrests. Arrests for quantities of hard drugs above five grams range between 15 and 20 percent of all arrests, and arrests for a kilogram or more are less than 1%.

What’s more, the racial distribution of these small quantity arrests reveal importance differences between arrests for different types of drugs.

Our study confirms that blacks are disproportionately arrested for crack cocaine offenses, as are whites for meth/amphetamine and heroin offenses. When it comes to possession of a quarter gram or less, police arrest almost twice as many blacks as whites for crack cocaine. However, they arrest almost four times as many whites as blacks for heroin and eight times as many whites as blacks for meth/amphetamine.

Finally, this study shows that 71% of drug arrests are not for hard drugs, but for marijuana. The majority of those arrests are also for tiny quantities: 28% for trace amounts and almost 50% for a gram or less.

Once again, blacks are disproportionately arrested for marijuana offenses, making up about a quarter of all marijuana arrests despite being about 13% of the population.

Illegal drugs are ultimately sold in small quantities to users, so it’s not surprising that there are more small quantity offenders in the pool of drug arrestees. But this study suggests that the majority of state and local drug enforcement resources are spent catching these small fish. The drug war is not being waged primarily against the Walter Whites, but against much less serious offenders.