Why Japanese-Americans received reparations and African-Americans are still waiting 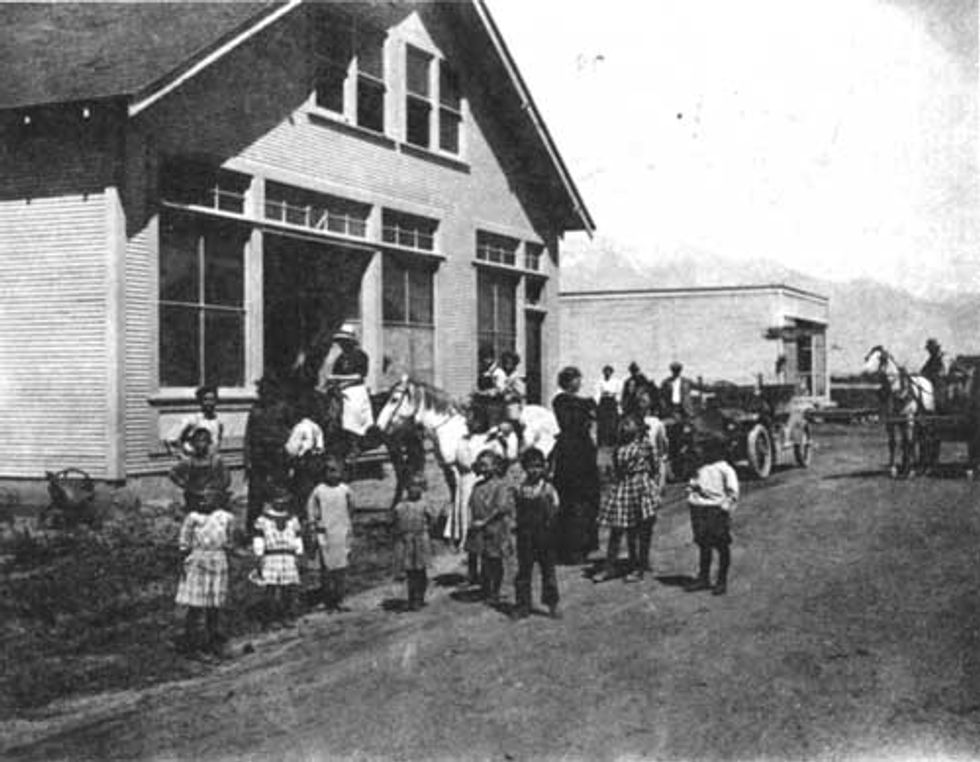 I published an article comparing reparations to Japanese-Americans and African-Americans in the journal, Social Forces, in 2004 after a colleague, Rodney Coates, professor of Global and Intercultural Studies at Miami University, asked me this question.

Why reparations to African-Americans are necessary -- how to start now

It is much easier to obtain reparations under the following conditions:

The number of Japanese-American victims was relatively small, about 120,000. They were also easily identifiable as people of ethnic Japanese descent, whether citizens or not. The injustice took place between 1942, when the Japanese were first interned, and 1945, when the war ended.

The perpetrator, the U.S. government, was easily identifiable. The internment of Japanese-Americans violated the values of ethnic equality and ownership of property, since their property was confiscated. The Japanese-Americans were not tortured or murdered, however.

300 letters of outrage from Japanese Canadians who lost their homes

Quite a few former internees were still alive in 1988 when reparations were offered. U.S. Senators Daniel Inouye and Spark Matsunaga became symbolic victims. They were both Second World War veterans and Inouye had lost an arm in battle. Finally, the amount paid was relatively low, $20,000 for each of 80,000 living survivors, for a total of about $1.6 billion. 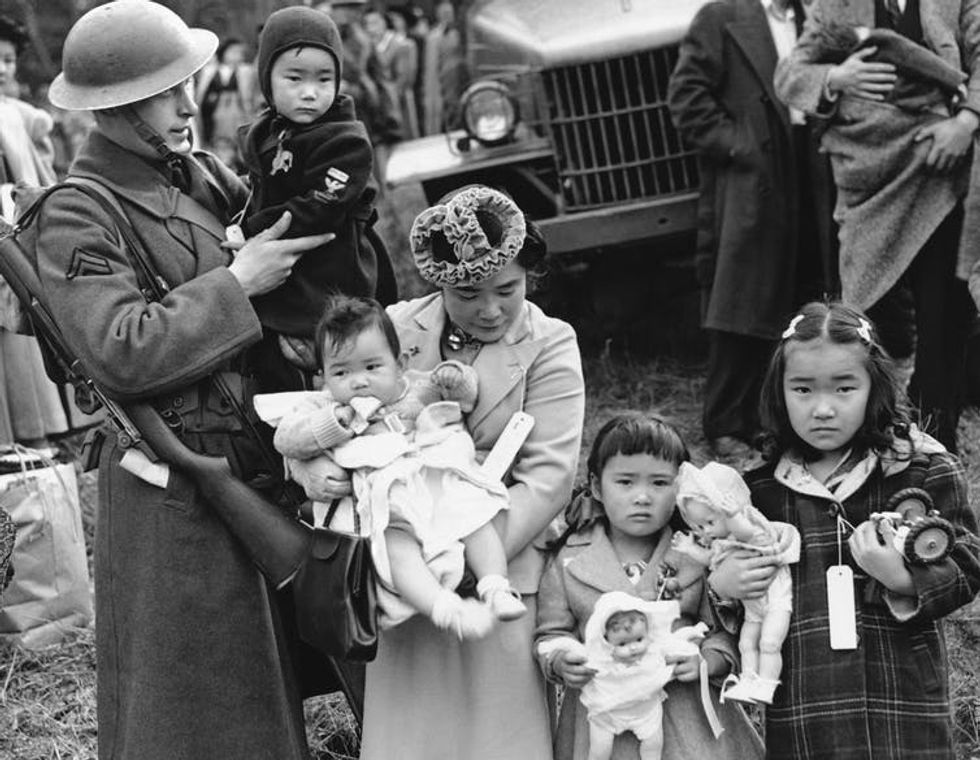 In this March 1942 photo, Cpl. George Bushy, left, a member of the military guard that supervised the departure of 237 Japanese people for California, holds the youngest child of Shigeho Kitamoto, centre, as she and her children are evacuated from Bainbridge Island, Wash.

Compared to Japanese-Americans, enslaved African-Americans and their descendants endured much more severe injustices. Enslavement violated all norms of personal safety; owners were permitted to beat and torture enslaved people, and in some cases even to murder them. The violations offend all our contemporary norms of racial equality.

Enslaved African-Americans were also not permitted to own property and were themselves the legal property of others. 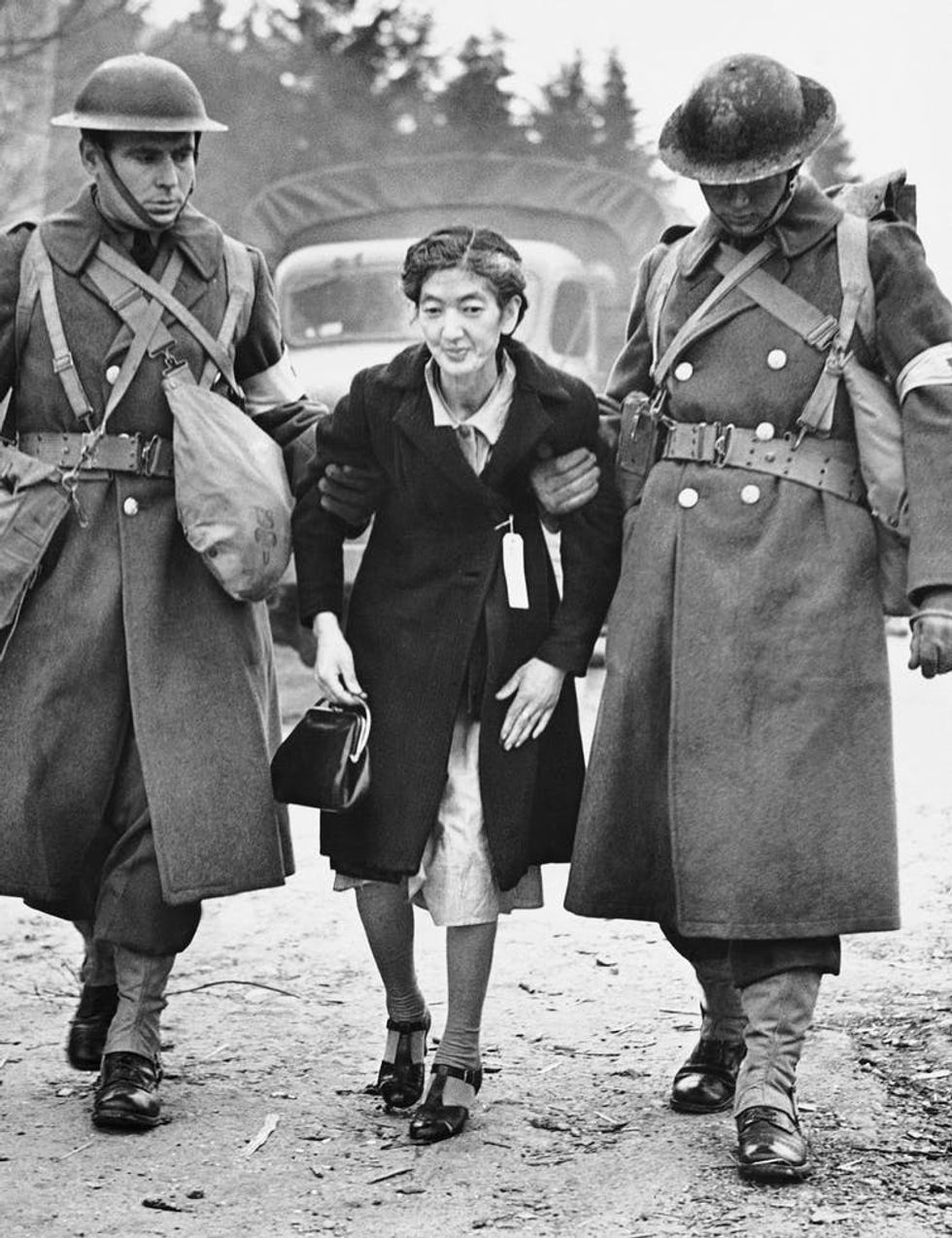 In this March 1942 photo, U.S. Army medical corps members assist a Japanese woman to the ferry at Bainbridge Island, Wash., after she collapsed as the island’s residents of Japanese ancestry were forced from their homes to an inland internment site.

(The Seattle Times via AP)

Slavery was abolished in 1865, but many injustices were perpetrated during the post-1865 Jim Crow period and beyond. These included continued violations of bodily safety, such as lynchings and police shootings. Segregation and discrimination violated the principle of equality. And even when African-Americans earn the same incomes as their white contemporaries, they own much less wealth because they do not inherit from generations of property owners.

It is easy to identify the perpetrators of these injustices. But there are so many that it might be difficult to persuade any one perpetrator to pay reparations. At minimum, perpetrators include the U.S. federal government and the governments of every state that ever permitted enslavement of African-Americans. More broadly, they include municipal governments, private businesses, educational institutions and churches.

The problems in organizing reparations to African-Americans lies in the other characteristics of successful social movements for reparations. It is difficult to identify which people of African descent in the U.S. today are the descendants of enslaved people.

If all descendants are considered worthy of reparations, regardless of the number of generations since their ancestors were enslaved, then the number might be in the tens of millions.

None of the direct victims of enslavement are still alive. And there is no single individual who can be considered symbolic of the reparations movement, because all the immediate victims are long dead. Perhaps, though, one could be chosen, such as Michelle Obama. Both her grandfathers were grandsons of enslaved people.

Some people who advocate for reparations also ask for such a large amount that the public would probably find it unreasonable. For example, in his 2004 debate with me, Rodney Coates asked for $12-15 trillion, which is 60 to 75 per cent of the U.S. Gross Domestic Product of $20.5 trillion in 2018.

This doesn’t mean that it’s impossible for the movement for reparations to African-Americans to succeed. A social movement for businesses, universities and churches to acknowledge their roles in slavery and the Jim Crow era has already started. Georgetown University in Washington, for example, has offered reparations in the form of preferential admissions to the 4,000 descendants of the 272 slaves it sold in 1838.

There have also been reparations for some injustices during the Jim Crow period. In 1923, about 120 African-Americans were burned out of their homes in Rosewood, Fla., and several were murdered. In 2002, victims and victims’ descendants were awarded $2 million in compensation.

Thus, attaining reparations to African-Americans is not an impossible dream. But it is, and will continue to be, much harder than it was for Japanese-Americans.