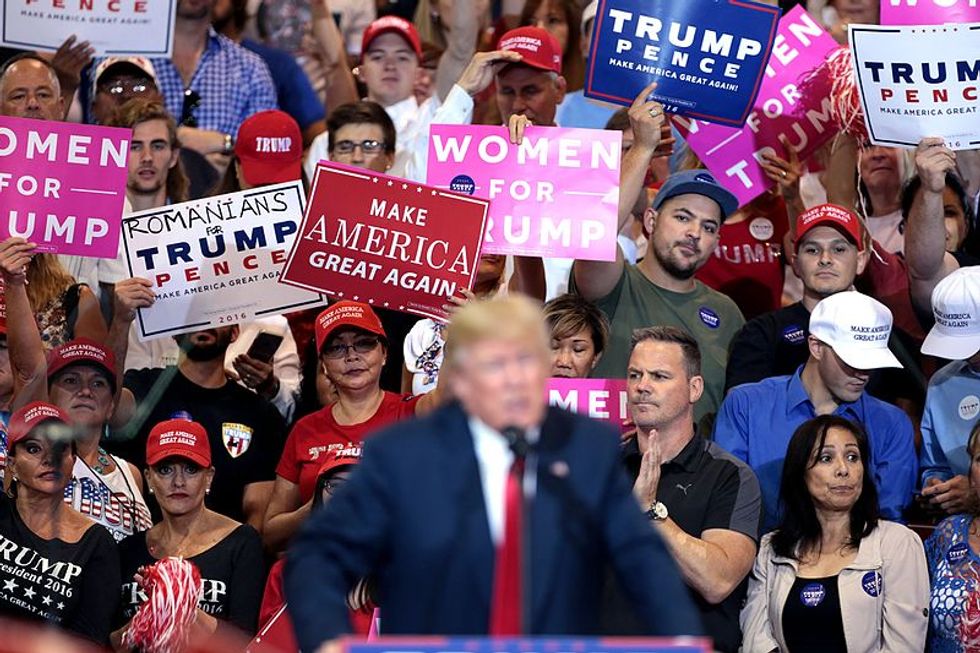 Many white men say they feel threatened by the increasing presence and success of minorities in the workplace.

As social scientists, we wondered if there is any evidence to support this perceived economic threat, a perception that can provide fertile ground for current rounds of racist and xenophobic political messaging.

Our work at the Center for Employment Equity at the University of Massachusetts, Amherst, involves using Equal Employment Opportunity Commission data to explore workplace discrimination and diversity in states and cities across the U.S. Our aim is to discover and promote more equitable workplaces.

In our most recent report, called “Race, States and the Mixed Fate of White Men,” we examined the connection between minority populations and the job prospects of white men in private sector companies.

Social scientists generally agree on three research findings about white men in the U.S. and the notion that they are losing their unearned but expected racial privileges.

First, white men at every education level are more likely than women and non-Asian minorities to get access to higher wage jobs.

Second, while wages of average working class people in the U.S. have stagnated in recent decades, and economic insecurity has grown, earnings for middle- and upper-class jobs – which are dominated by educated whites – have soared.

A third and more recent finding is that working class white men are the group that is most racially resentful and most opposed to further immigration. This finding is based on analyses of survey data of the whole U.S. population examining both voting behavior and attitudes towards blacks and immigrants, zeroing in on President Donald Trump’s core supporters and the content of his political messaging to them.

This resentment probably explains why working class whites, particularly men, are so receptive to President Trump’s anti-immigrant and racist messages – and why he targets them.

We suspected that the reception to racist and xenophobic messages might be a reflection of a growing competition between working class whites and minority men for increasingly insecure, low-wage jobs.

In our study, we compared different racial groups’ share of specific occupations with their percentage of their state’s workforce. In other words, we wanted to see how over- or underrepresented white, black and Hispanic men were in various jobs.

In general, we found that while some white men are prospering in executive and managerial roles, there is another group of white men with very different employment experiences.

At the top end of the labor market, our data showed that in every state white men were overrepresented in executive and managerial jobs. But this white male privilege varied substantially by state. White men got even more of the top jobs in states with larger minority populations.

Texas, where minorities make up a third of the labor force and white men slightly more at 37%, was the most extreme. White men held 85% of private sector executives jobs, making them overrepresented in top jobs by 138%.

Other states with sizable minority populations, such as California, New Mexico and Mississippi, similarly showed white men are especially advantaged in their control of the executive suite.

The pattern shifts dramatically, however, when we look at lower-paid working class jobs.

These include machine and factory operatives, manual laborers and service occupations. Such jobs typically require high school degrees or less and tend to pay low wages. We find that more than half of these jobs pay below the living wage target of $15 per hour.

Working class overrepresentation for minority men tends to be higher in state’s with small minority populations, such as Vermont, Maine and North Dakota.

But we wanted to get more directly at the degree to which working class white men are competing for the same low-wage jobs as minority men. So we compared the number of black, Hispanic, Native American and Native Hawaiian men performing operative, laborer or service jobs versus white men. In all states, except Hawaii, these minorities are mostly black or Hispanic or both.

This does not mean that working class whites have lost their entire racial advantage but rather that it is more tenuous and exists in a context of wage stagnation and increased insecurity.

Research shows that many white’s attribute being stuck in low-wage, insecure jobs to competition with minorities but are unaware of the larger trends of wage stagnation and growing insecurity for all working class jobs.

So it is perhaps not surprising that this combination of visible competition and misplaced blame creates fertile conditions for stoking racial and immigrant resentment, particularly at a time of stagnating incomes, falling unionization and a growing lack of job security – problems that have done the most harm to the working class, regardless of race or national origin.

Perhaps it is politically simpler to encourage workers to see each other as rivals, but policy solutions that will actually make a difference need to focus on shared economic security – rather than blame games.