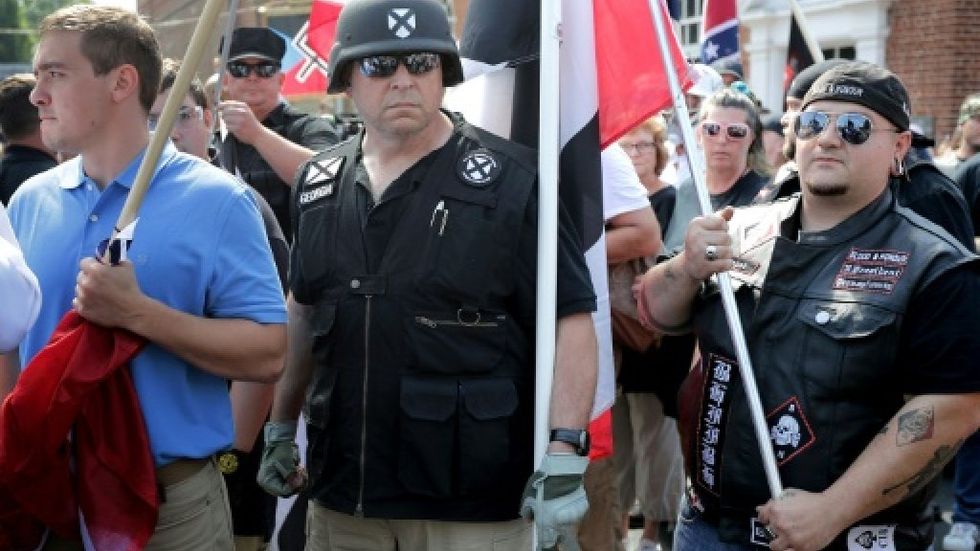 Much of the racism that comes from the right-wing media uses dog whistles rather outright slurs. But in a report for Splinter News, journalist Hannah Gais addresses the ways in which white nationalist views have successfully infiltrated some right-wing media outlets — and screenshots of leaked alt-right e-mails published with Gais’ article aren’t the least bit subtle in their racism and anti-Semitism.

“Indeed, there is a burgeoning underground network of group chats, message boards and e-mail chains serving as the breeding ground for incubating white nationalist ideas, and as a forum to strategize around how to launder those ideas through mainstream conservative publications,” Gais reports. “And, judging from a large series of messages from one of those e-mail groups obtained by Splinter, it’s working.”

Gais cites some links between right-wing media and white nationalists, noting that in September 2018, for example, The Atlantic reported that Scott Greer (former editor/columnist for the Daily Caller — which was co-founded by Fox News’ Tucker Carlson) had written for white nationalist Richard Spencer’s Radix Journal under the name Michael McGregor.

Gais reports that Splinter has obtained a “trove of e-mails from a private white nationalist group chat” that Jonah Bennett, a former Daily Caller employee, was a big part of. Bennett, according to Gais, “repeatedly used his perch at the site” to incorporate extremist viewpoints “into an ostensibly mainstream publication.” Those 2015-2018 e-mails, Gais reports, demonstrate that white nationalists “have steadily increased their influence within the conservative media infrastructure.”

On the surface, Gais writes, Bennett’s career seems like that of a “run-of-the-mill” conservative. But the 2015-2018 e-mails came from a private thread called Morning Hate, which according to Gais, was “steered in large part” by an extremist named John Elliott — and where participants “were free to make their racist opinions known, while laying the groundwork for leading their double lives, of sorts, in more mainstream conservative institutions.”

In the thread, Gais reports, participants used code words for racial slurs — for example, “Alaskans” for the n-word when insulting blacks, or “Hawaiians” as a substitute for “Hebes” when insulting Jews. “Our Good Friend” referred to Adolf Hitler, while “Our Good Friend’s Son” referred to Donald Trump. The code names were outlined in an e-mail dated December 17, 2015.

Splinter News published screenshots of some of those e-mails with Gais’ article, and the bigotry was overt. For example, a December 26, 2016 e-mail from Elliott contained the subject heading, “Take a shower, Jew Boy,” and Bennett was among the many recipients.

Gais describes Elliott as “the most prolific and undoubtedly the most well-connected” Morning Hate participant, noting that he had a history of “helping libertarian and conservative journalists make their way into the media world by placing them at various affiliated media organizations for internships.” But the Morning Hate e-mails, Gais observes, “show that Elliott was leading something of a shadow life.”

Gais wraps up the report by asserting that the alt-right has become an integral part of right-wing media.

“People like Bennett and Elliott have long been aware of the weaknesses of conservative institutions, and it is through this knowledge that the ‘alt-right’ has, far from disappearing, made itself an almost indispensable part of the American conservative movement,” Gais stresses. “It has, in that sense, succeeded well beyond its proponents’ vile, hate-fueled dreams.”