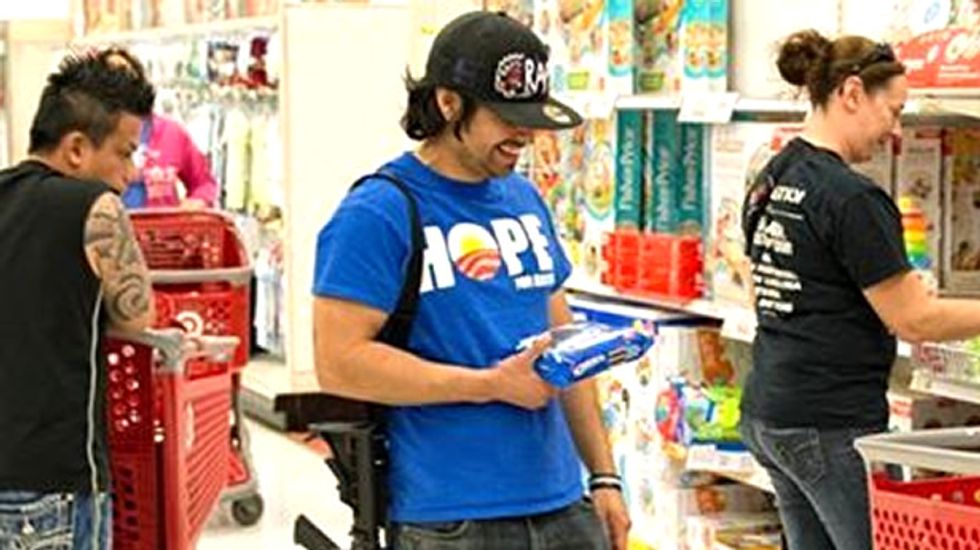 As the nation reels from mass shootings in California, Texas and Ohio, many lawmakers and politicians find themselves navigating familiar territory in the latest national debate on gun control.

In Texas, there aren't currently any laws banning the possession or the purchase of weapons like the AK-47 the shooter used to kill 22 people and injure dozens more. And during the last legislative session, lawmakers expanded the bandwidth of some gun laws. One new law will allow handgun owners to carry concealed firearms without a license in the case of a disaster evacuation. Another removes the cap on how many school marshals can carry guns on public school campuses. But other lawmakers are calling for tighter gun control in the state, including State Rep. Roland Gutierrez, D-San Antonio, who on Monday sent a letter to Gov. Greg Abbott Sunday requesting an emergency special session to address gun violence.

As lawmakers are poised to revisit gun issues, here's a look at the basics tenets —and the latest changes — in Texas gun laws.

What types of weapons can you legally purchase or own in Texas?

Between 2013 and 2017, the most recent five years for which data is available, average yearly gun sales increased by 101 percent compared to earlier yearly averages between 2000 and 2004, according to data from Small Arms Analytics.

What are the laws on purchasing firearms?

Texas law, mirroring federal regulations, prohibits certain groups of people from purchasing or possessing firearms, including felons and people convicted of domestic violence misdemeanors. But the website of the Giffords Law Center to Prevent Gun Violence, a gun control advocacy group, says there are "notable gaps" in the law prohibiting perpetrators of domestic violence from purchasing handguns, chiefly because it doesn't apply to people convicted of assaults against a current or former dating partner unless the defendant has been married or lived with the victim, for example.

Texas, like Arizona, Oklahoma, and other states, doesn't require background checks for private sales, like purchases among individuals or some guns sold at gun shows. It also doesn’t limit purchases of multiple firearms or large capacity ammunition magazines.

What are the laws on carrying firearms?

Licenses for carrying a handgun in public are administered at the state level by the Texas Department of Public Safety. Texas is a "shall issue" state, which means that as long as an applicant meets the basic requirements for purchasing a handgun — like being 21 — local law enforcement has to furnish a license to carry. This differs from "may issue" states, where law enforcement has the discretion to deny an applicant, even if they meet all of the requirements.

Applications for a Texas license to carry a handgun are available online and require prospective carriers to submit fingerprints, complete four to six hours of training, pass a written exam and pass a shooting proficiency test.

In 2015, Gov. Greg Abbott signed legislation allowing Texans with licenses to openly carry their handguns, as long as those weapons are in a hip or shoulder holster. The law still bans guns in certain places like schools, polling places, courtrooms and secure airport areas.

Texas does not require a license to openly carry a rifle in public.

Also in 2015, Abbott signed a campus carry law, which requires the state’s public universities and colleges to allow handguns on campus buildings and in dorms. In 2016, the law became the subject of a lawsuit when University of Texas at Austin professors claimed that allowing licensed gun-owners to carry concealed weapons into public university buildings would have a “chilling effect” on free speech. The lawsuit was thrown out by a federal district judge in July 2017, and in 2018 the 5th U.S. Circuit Court of Appeals upheld Texas' campus carry law.

Over the years the number of Texans with a license to carry has surged. In 2000 there were roughly 215,000 active licenses in the state. By 2018 that number had swelled to well over a million, according to data from the Texas Department of Public Safety.

What recent changes have there been to Texas gun laws?

Starting Sept. 1, landlords won't be able to prevent tenants or their guests from carrying a firearm. Licensed gun owners will also be allowed to carry handguns in churches, synagogues, and other places of worship, all places where it was previously illegal to carry. And in the wake of the Santa Fe shooting, Abbott signed the bill that abolishes the cap on how many school marshals can carry guns at public schools.

Another bill, also going into law on Sept. 1, allows gun owners to carry their concealed firearms without a license for up to 48 hours when leaving an area due to a mandatory evacuation order. Supporters of the bill said that Texans should have the ability to take their firearms with them in the case of a disaster without fearing that they're breaking the law or being forced to leave the firearms behind. The bill was filed after gun rights groups said Texans couldn’t arm themselves when Hurricane Harvey hit the Gulf Coast in 2017, according to the Dallas Morning News.