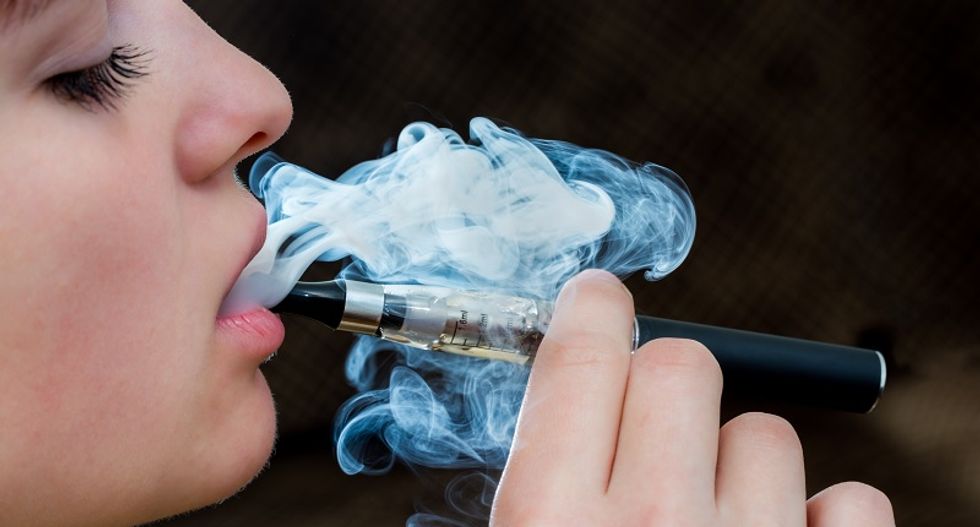 Many of the hundreds of e-cigarette users who have developed lung problems in recent months, some of them fatal, used black market marijuana products, the Centers for Disease Control and Prevention said Friday.

The CDC was cautious to say the investigation was ongoing, and that the cause of the illnesses "remains unknown at this time," but the report did name one counterfeit brand, Dank Vapes, as potentially problematic.

So far in the United States, more than 800 people have developed lung injuries associated with e-cigarette use. Twelve have died.

Of 514 patients who gave information about their past use of vaping products, 77 percent of them said they had used products containing THC -- tetrahydrocannabinol, the psychoactive ingredient in marijuana.

A minority, 16 percent, say they only used nicotine products.

"We do not know yet what exactly is making people sick -- for example, whether a particular solvent or adulterant are leading to lung injury, or whether cases stem from a single supplier or multiple ones."

It was the first time that the CDC had offered such data, though they had already noted that THC had been consumed in numerous cases.

The announcement came as more and more US states, along with other countries, are considering a total ban on e-cigarettes.

The administration of US President Donald Trump is planning to ban the sale of flavored vaping products nationwide in the coming weeks.

In the two states that raised the first alarm in July about the vaping-related illnesses, Illinois and Wisconsin, 66 percent of patients said they had used products from Dank Vapes, a black market brand.

Officials in New York state had already pointed the finger at the label, one of the most prominent on the black market, earlier this month.

In most cases, those who fell ill said they had purchased pre-packaged, pre-filled branded cartridges from friends or a dealer.

THC is cut using other additives like solvents and flavors so it can be heated and inhaled with a vaping device. Investigators are hoping to figure out which of these substances could be causing the lung ailments.

So far, there is no common denominator.

Most of the patients are men and young people. Many of them end up in intensive care, unable to breathe on their own. At the national level, half of those affected are 23 or younger, Schuchat said.

In Illinois and Wisconsin, in 86 patients surveyed, a total of 234 different e-cigarette products from 87 brands were found, said Jennifer Layden, the chief medical officer for the Illinois Department of Public Health.

"CDC has made it a priority to find out what is causing this outbreak of lung injuries and deaths and we?re making progress," said director Robert Redfield.

But Schuchat said she feared there could be more deaths before a definitive answer is found.